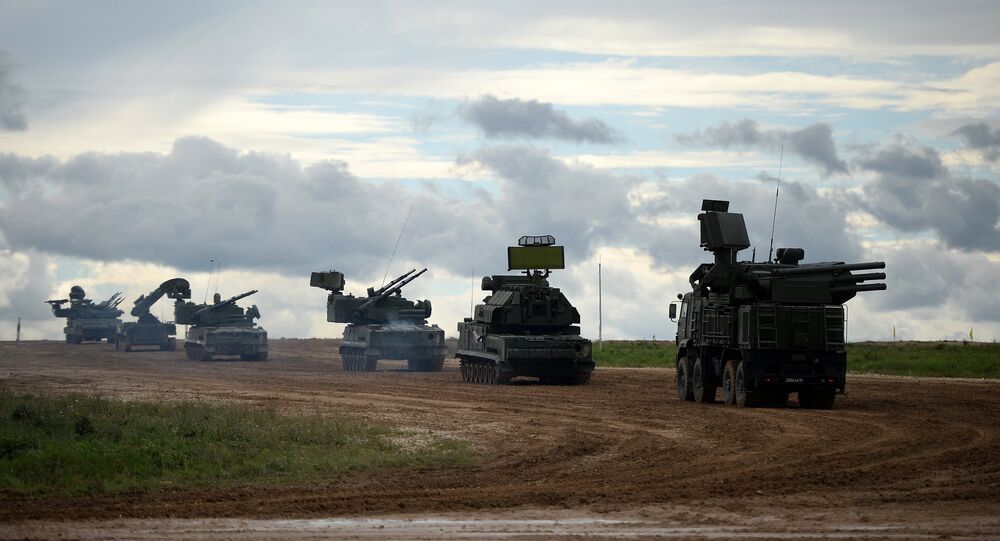 The missile defense crews of the Kantemirovskaya tank division, deployed outside Moscow, have held their first live-fire tests of the advanced Tor-M2 short-range air defense missile system, the Defense Ministry announced on Friday.

The Tor-M2 is an upgraded version of the Tor-M1 short-range air defense missile system and was designed by the defense company Almaz-Antey.

The TOR-M2 (NATO reporting name SA-15 Gauntlet) was presented for the first time to the public during the Moscow Air Show, MAKS in 2007 and was placed on active duty with the Russian armed forces in March 2017.

© AP Photo
Russia in Talks With Iran on Tor-M1 Missile System Modernization
It utilizes a new interceptor missile, which has improved performance, increased ammunition capacity and enables firing-on-the move capability. Military experts describe the Tor-M2 as a unique air defense system in its class with an astounding precision and range.

The Tor-M2 is fully automated and is able to engage four targets simultaneously (Tor-M1 can engage two), and has improved electronic countermeasure resistance.

Tor-M2 systems to be supplied to Russian troops in 2009