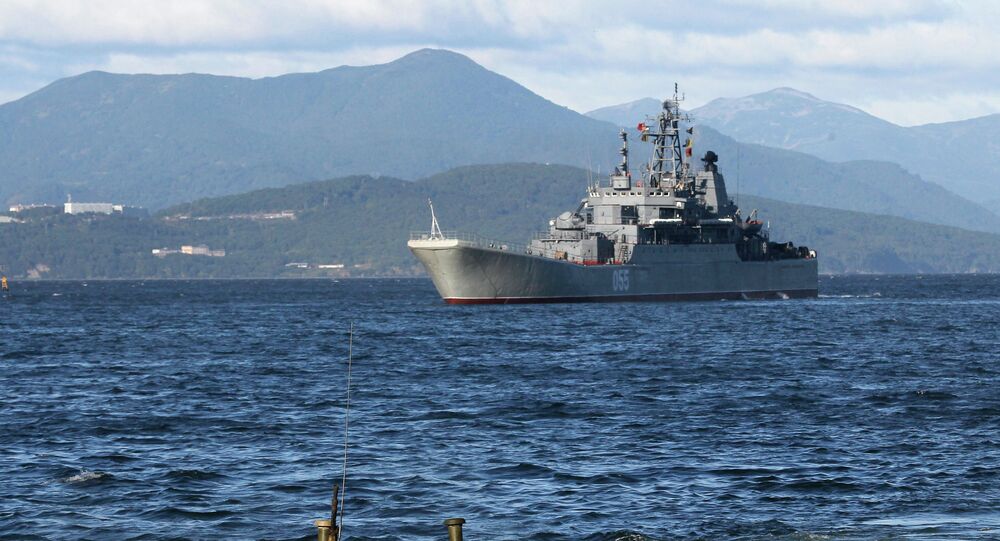 © Sputnik / Ilya Bogachev
Russia to Build New Amphibious Assault Ship to Replace Mistral
In an interview with Radio Sputnik, Igor Dygalo said that once the ship was afloat, addition would begin to furnish it will systems and equipment, including steering engines and diesel generators.

The Pyotr Morgunov was laid down by the Yantar Shipyard on June 11, 2015 and is slated to be delivered to the Russian Navy before the end of this year.

According to the head of the Navy’s shipbuilding department, Rear Admiral Vladimir Tryapichnikov, the Pyotr Morgunov will be able to carry over a dozen tanks, or more than 30 armored vehicles, and a Marine battalion.

The ship is armed with a pair of 30mm AK630M guns and can carry two Ka-29 transport and combat helicopters.

“Vessels like the Pyotr Morgunov will dramatically boost our Navy’s ability to haul military cargoes to anywhere in the world,” he added.

Russian Aerospace Forces have been involved in the Syrian conflict since 2015, when Damascus requested Moscow’s help in dealing with terrorist groups active in the war-torn Arab country.

Russia has also sent a carrier battle group to the Mediterranean, and Syrian airspace is now protected by Russian S-300 air defense systems.