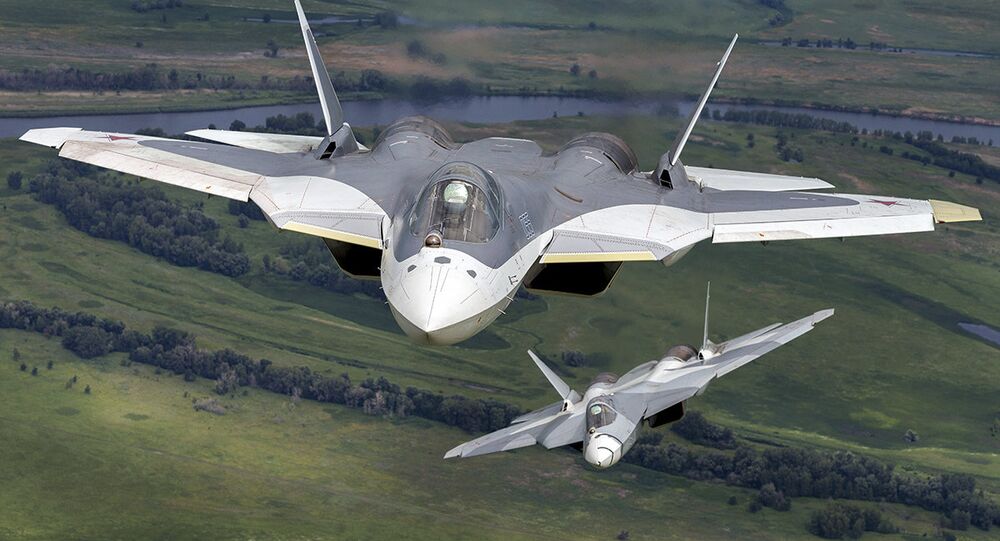 Russia's 2018-2025 state armaments program will focus on nuclear deterrence, aerospace defense and “smart weapons systems.” Deputy Defense Minister Yuri Borisov said that defense contractors had been tasked with making sure that the Armed Forces are 70 percent equipped with modern weapons.

A source at the Defense Ministry told Sputnik that the program will also include, among others, the S-500 air defense missile systems, the fifth-generation T-50 PAK FA fighter jets, Armata tanks and armored vehicles.
Many military experts believe, however, that amid the current financial crunch some of the ambitious projects could be put on ice.

“I think that the Navy will be the main victim of the drop in funding. While construction of the Borei-class nuclear submarines will continue, the construction of new surface ships could slow down,” Andrei Frolov, editor-in-chief of Arms Export, told Sputnik.

© Photo : "Sevmash" Press Service
Lord of the Seas: Russia to Float Out 1st Upgraded Borei-Class Strategic Sub in 2Q17
He added that the planned construction of Shtorm-class nuclear aircraft carriers could also be put on hold and that Lider-class destroyers would hardly be floated before 2025.

Meanwhile, the current overhaul of the nuclear-powered missile cruisers Admiral Nakhimov and Pyotr Veliky and the Admiral Kuznetsov aircraft carrier will proceed as scheduled, Frolov added.

The planned construction of ships for the Arctic will hardly be rolled back either.

“The geopolitical and economic importance of the Arctic region can hardly be exaggerated. The Ilya Muromets icebreaker is slated to be commissioned before this year is out, and two multirole patrol ships are likely to enter service before 2025,” Viktor Nikolayev, editor-in-chief of the Military-Industrial Courier, told Sputnik.

The experts believe that the Aerospace Forces will likewise be spared the cuts with the focus being on the tried-and-true Su-30SM, Su-34, Su-35 fighter planes, Mi-8AMTSh, Mi-28N and Ka-52 helicopters and the S-400 air defense missile systems. As for the top-of the-line S-500s, they will have to wait.

“I believe that a number of advanced but expensive projects, such as the PAK DA next-generation strategic stealth bomber, will be dropped. They are modernizing the Tu-160 strategic bomber and developing two such projects all at the same time, which is something even very rich countries can’t afford,” Andrei Frolov said.

© Sputnik / Sergey Mamontov
Not by PAK FA Alone: Russia's MiG Corporation to Develop 5th-Generation Fighters
However, the PAK FA T-50 fifth-generation fighter planes are slated to join the Air Force before 2025. Also, mass production of the Il-112 short-range transport plane is scheduled to begin in 2019 and the Il-214 medium-range transport is slated to fly before the end of this year.

By 2020 modern tanks, mostly T-72B3s, will account for 70 percent of Russian armored forces. Meanwhile, orders have already been placed for the delivery of 100 top-notch T-14 Armata tanks.

© Wikipedia / Vitaly V. Kuzmin
Russia to Start Churning Out Armata Tanks in 2018
“In view of the modern threats and challenges, I believe that the Defense Ministry will speed up the delivery of Buk-M3, Tor-M2, S-300V4 air defense systems. As for the land-based element of our nuclear ‘triad,’ the focus will be on the development of the Sarmat ICBM, Barguzin railway missile trains and the modernization of the existing missile systems,” Frolov continued.

Looking to the future

Late last month, a source at the Military-Industrial Commission told the media that emphasis in the 2018-2025 state armaments program will also be on “intellectual weapons systems,” communications, intelligence, command and electronic warfare systems and high-precision weapons.