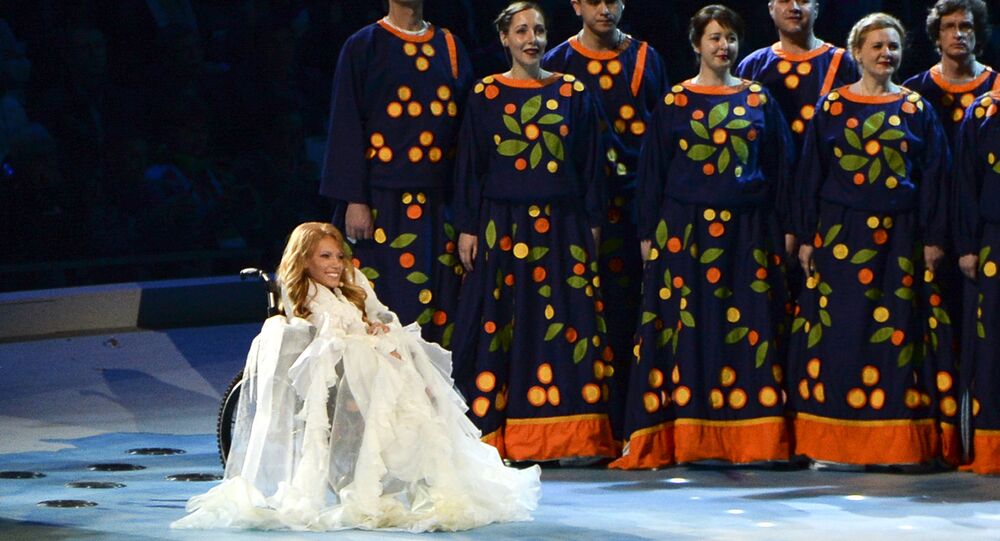 Russia will boycott not only Eurovision 2017 in Kiev, but all subsequent contests, if the leadership of the song contest does not stand up for Russian participant Yulia Samoilova, who was banned from entering Ukraine, a senior Russian lawmaker from the upper house of parliament said Wednesday.

"Russia will certainly boycott this contest, not only in Kiev, but all the subsequent ones. The leadership of Eurovision must have its say, state that such a decision by the Ukrainian authorities on Samoilova is unacceptable. But the leadership of Eurovision is silent, it is completely politicized and biased," first deputy chairman of the Federation Council Committee on Defense and Security Frants Klintsevich told Sputnik.

© Sputnik / Alexey Filippov
Russian 2017 Eurovision Participant Samoilova Denied Entry to Ukraine
On March 12, Russia announced that Samoilova, the winner of the internal competition, will represent Russia at the 2017 Eurovision contest in Kiev. Samoilova, who has been wheelchair-bound since childhood, will sing the song "Flame Is Burning."