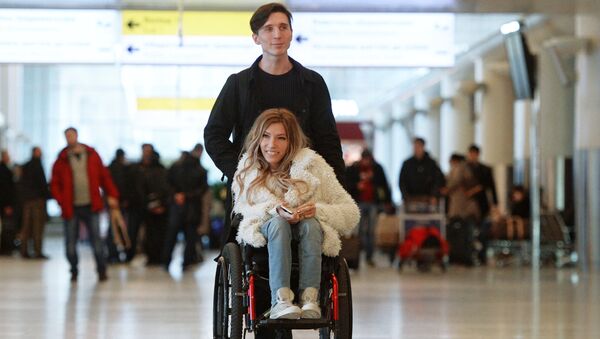 "The Ukrainian Security Service has denied Russian citizen Yulia Samoilova entry to Ukraine for three years. The decision was made based on data about her violation of Ukrainian law," SBU's spokeswoman Olena Hitlyanska announced.

Russia
Russian 2017 Eurovision Participant Could Face 3-Year Entry Ban to Ukraine
On March 12, Russia announced that Samoilova, the winner of the internal competition, will represent Russia at the 2017 Eurovision contest in Kiev. Samoilova, who has been wheelchair-bound since childhood, will sing the song "Flame Is Burning."

A source in the Russian Foreign Ministry told Sputnik that Moscow considers Ukraine's decision to be "inhumane and cynical."