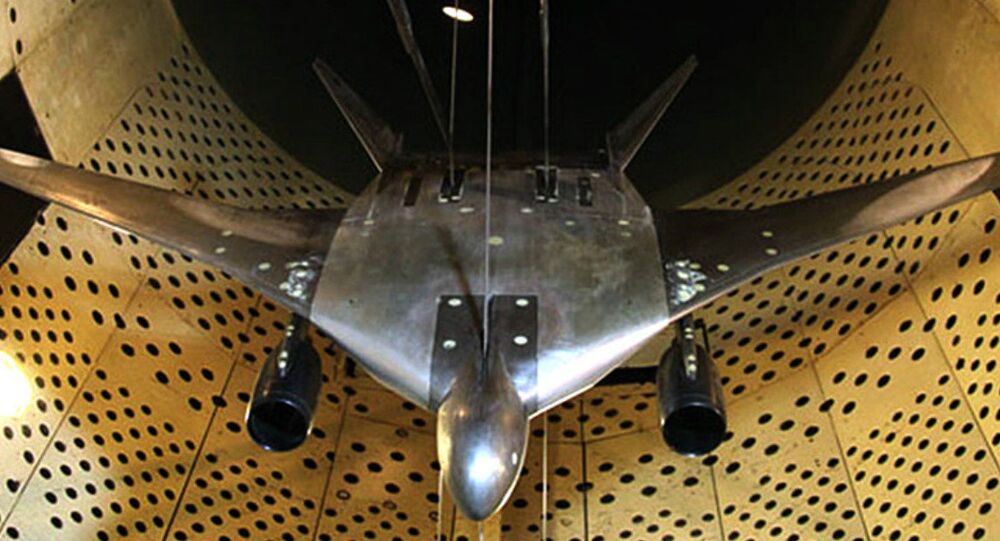 In a follow up to recent reports that Russian designers have made the first full-size model of the Russia's next-generation strategic bomber, known as the Advanced Long-Range Aviation Complex (PAK DA), Russian defense analysts explained why the country needs such an advanced aircraft.

It is estimated that the new aircraft will have an operational range of about 12,000 kilometers and travel at subsonic speeds. The plane’s airframe will consist of radar-absorbent material.

Furthermore, it was reported that the new fifth generation bomber will be able to carry a 30-ton weapons payload including different variants of air-to-surface and air-to-air missiles as well as conventional and smart-guided bombs.

The bomber "is to be equipped with the latest radio-electronic warfare equipment of domestic manufacture, unparalleled in terms of effectiveness," the designers revealed.

It will have a flying wing design, which is a tailless fixed-wing aircraft that has no clearly defined fuselage. The crew, payload, fuel, and equipment are typically housed inside the main wing structure.

© Sputnik / Vladimir Sergeev
Can't Be Touched: PAK DA's Forerunner, Russian Tu-160M2 Bomber to Get Universal Anti-Missile Shield
The new aircraft is being designed to replace all three bombers currently in service with the Russian long-range aviation, including the Tu-22M3 long-range bomber and the Tu-95 and Tu-160 (aka the White Swan) strategic bombers.

Commenting on the reports, Viktor Murakhovsky, Editor-in Chief of Arsenal of the Fatherland journal said that the new bomber will be a worthy replacement to the aircraft that were developed back in Soviet times.

"The creation of a new aircraft is not a fast process. Thus the combat effectiveness of the existing fleet of the long-range aviation needs to be constantly maintained, partially with the help of modernization," he told RT channel.

However these aircraft can't fly forever, he noted.

The new bomber is expected to become one of the chains in the system of strategic "non-nuclear" deterrence.

The PAK DA, he said, will have cutting-edge equipment and advanced air-launched weapons, most prominently, long-range cruise missiles and hypersonic striking powers.

"It will considerably expand our possibilities and will provide a certain advantage to our forces. It is quite expensive and complicated to create such an aircraft. Long-range combat aviation is not exploited as intensively as civil aviation, and so its working lifespan is considerably longer.

On the whole, Russian long-range aviation is younger than that of the US," he said.