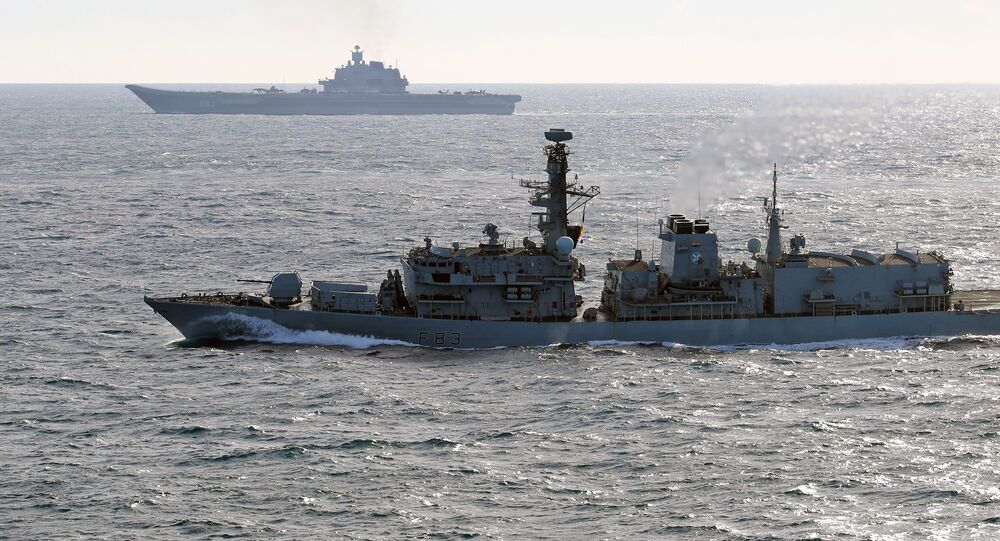 The commander of the cruiser said that Russia's aircraft carrier Admiral Kuznetsov, was followed by more than 50 NATO ships on its way to Syria and back home.

© Sputnik / Press service of the Northern Fleet/Andrey Luzik
Admiral Kuznetsov's Mission in Syria 'Dispels Doubts Over Russia's Naval Capabilities'
MOSCOW (Sputnik) – Russia's aircraft carrier Admiral Kuznetsov, which has recently returned from Syria to the country's northern port city of Severomorsk, was followed by more than 50 NATO ships on its way to Syria and back home, Sergey Artamonov, the commander of the cruiser, said Tuesday.

"During the trip, we detected presence of 50-60 NATO ships close to us. In some places, we were followed up simultaneously by 10-11 [NATO ships]," Artamonov said in an interview with the Russian Argumenty i Fakty newspaper.

Russia's naval group, consisting of the Admiral Kuznetsov, the Pyotr Veliky battle cruiser, the Severomorsk and the Admiral Kulakov anti-submarine destroyer, and support vessels, left for Syria in October 2016 to participate in counterterrorism operations.