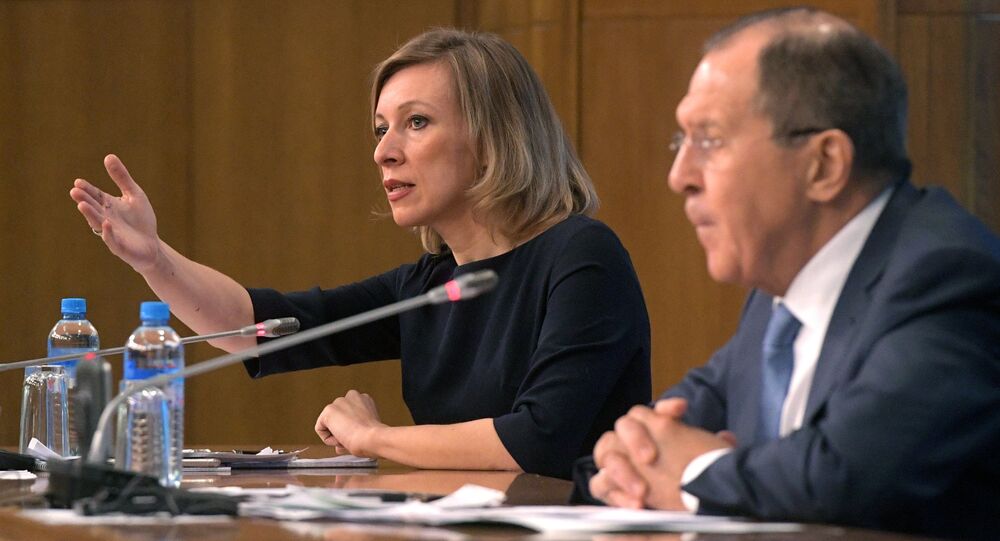 The official representative of the Russian Foreign Ministry Maria Zakharova ironically called RT staff “people to be blamed for everything,” during a press conference of the head of department, Sergei Lavrov.

© Flickr / Alec Perkins
Fake News Again: Former RT Anchor Tears Apart NYT Narrative Bashing Channel for Propaganda
During the press conference an RT journalist was about to ask the minister a question, but Zakharova jokingly pointed at the journalist and said, “RT staff to be blamed for everything.”

In response, Lavrov asked, “Is it a new hashtag already?”

The joke was in light of the recent report published by US intelligence agencies on January 6 in which once again Russia was accused of “meddling” in American elections and political life.

Almost half of the report is devoted to RT channel and Sputnik agency, which were named as one of the basic “tools of influence” of the Kremlin. The data which was used to blame RT was five years old.

Fact Checking for Dummies: RT Teaches Its Critics a Few Things About Journalism