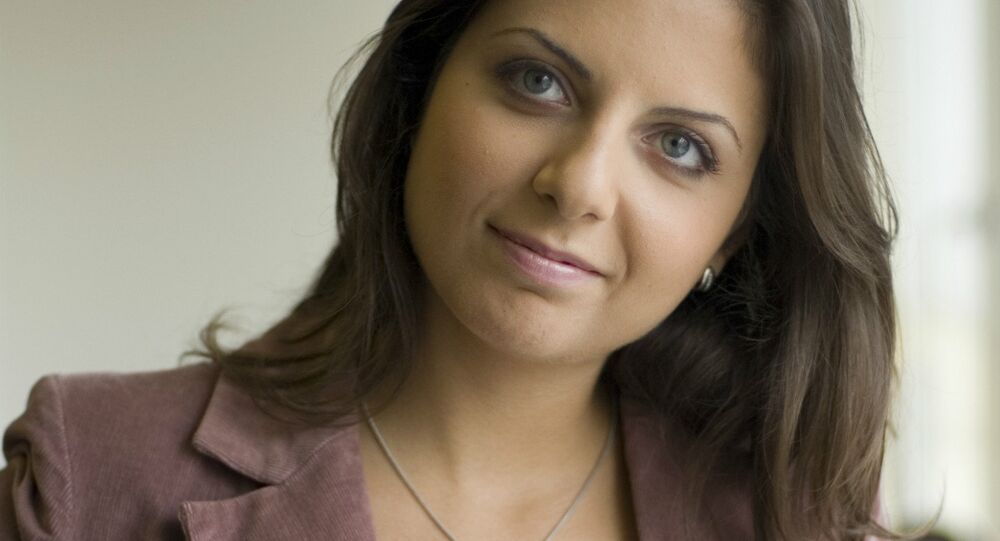 A declassified US intelligence report released on Friday directly accused RT and Sputnik of waging a campaign to influence the US presidential vote by helping Donald Trump’s election chances and harming his rival, Hillary Clinton.

“Russia’s state-run propaganda machine—comprised of its domestic media apparatus, outlets targeting global audiences such as RT and Sputnik, and a network of quasi-government trolls—contributed to the influence campaign by serving as a platform for Kremlin messaging to Russian and international audiences,” the report, jointly prepared by the Central Intelligence Agency, the Federal Bureau of Investigation and the National Security Agency, said.

It directly accuses RT and Sputnik Editor-in-Chief Margarita Simonyan of links to the Kremlin.

Simonyan was quick to mock the report as “shallow,” failing to name the sources and based on dated and/or false intelligence.

"Dear CIA! Nothing of what you wrote here holds any water.

In 2001, I was 21 and was covering Crimean elections. Back in those days, pro-Russian sentiment there was as high as always. My two-week stint over, it didn’t go anywhere. Consider this.

We have Sputnik branches working across the former Soviet Union. They are run by my deputy and onetime boyfriend Andrei Blagodyrenko. I offered him the job after we broke up. It was on his guard that Sputnik's popularity there went through the roof in fresh proof of the well-known fact that Russian propaganda is made in bed. Consider this.

I’ve had several meetings with Julian Assange – a hard fact, CCTV cameras outside the Ecuadorean embassy in London can attest to. We met in London. Consider this.

© Sputnik / Evgeny Biyatov
RT Simply Reports on Events in US - Editor-in-Chief on Clapper's Claims
In 2013, RT became the first news channel ever to get 1 billion views on YouTube. Looks like YouTube users worldwide already had their accounts all hacked by Russian net runners, because if they hadn’t then how come so many people are ready to buy what 'Russian propaganda' tells them? Consider this.

[First Deputy Chief of Staff of the Russian Presidential Administration] Alexei Gromov is really my contact in the Kremlin. We often see each other, sometimes at a bar. I prefer German beer, he goes for Russian vodka. Consider this.

Once he gave me a basket of mushrooms. Then a State Department staffer dropped by to enjoy a plateful of fried mushrooms, which I made him believe was a traditional Russian delicacy. Consider this.

A year ago we showed that after they retired, Obama and Kerry would be watching RT at home and crying. This video is available online. Consider this.

And last but not least, at the tender age of 15 I went to study in the US as part of a school exchange program paid for by US taxpayers. Donald Trump was a very big taxpayer then. Consider this too," Simonyan wrote in her livejournal.

© AP Photo / Andrew Harnik
Obama Failed to Prove Alleged Russian Cyberattacks Impacted US Election
The report, jointly prepared by the Central Intelligence Agency, the Federal Bureau of Investigation and the National Security Agency, also accused RT and Sputnik of “consistently casting President-elect Trump as the target of unfair coverage from traditional US media outlets subservient to a corrupt political establishment.”

“We also assess Putin and the Russian Government aspired to help President-elect Trump’s election chances when possible by discrediting Secretary Clinton and publicly contrasting her unfavorably to him,” the CIA/FBI/NSA report claimed.