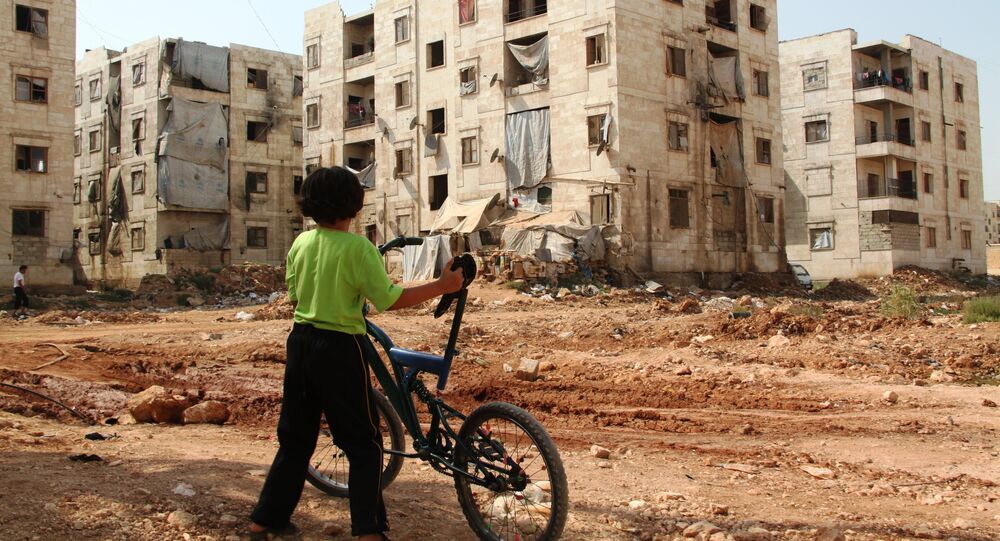 President Vladimir Putin’s end-of-the-year press conference on Friday where he focused on Russia's foreign and domestic policy, including Russia's relations with the US and the EU, the possibility of a new arms race and the murder of Russian ambassador in Turkey attracted a great deal of interest both in and outside Russia.

During the conference that lasted for almost four hours Putin mentioned, among other things, the Turkish and Iranian leaders’ contribution to the liberation of Aleppo.

© REUTERS
The Road to Syria Crisis Settlement Runs Through Russia, Iran, Turkey
He also praised the role of the Russian-Iranian-Turkish “trilateral format” in the ongoing efforts to end the war in Syria, while added that the regional interests of such global players as the US should also be respected.

“This [trilateral] format has proved highly effective and viable and we will certainly be promoting it as we go,” Putin noted.

In an interview with Sputnik Persian, independent Iranian expert in regional and global politics Farzad Ramazani Bonesh also underscored the role of the Russian-Iranian-Turkish cooperation in the war on terror.

“This alliance is already bearing fruit as evident from the results of the recent meeting by the three countries’ foreign ministers in Moscow. I would also like to praise the role played by Kazakhstan and other countries, which acted as go-betweens in the talks between the Syrian government and the opposition,” Farzad Ramazani Bonesh said.

He mentioned the vicious campaign of slander unleashed by pro-Western, Turkish and pro-Arab media about the humanitarian situation in Aleppo and the distorted picture they painted about the role played by Iran, Russia and the Assad government in the liberation of Syria’s “northern capital.”

“The militant gangs that besieged Aleppo and fought the advancing government forces were jihadist radicals and terrorists all, but this fact seems to have been completely lost on mainstream media,” he continued.

Farzad Ramazani Bonesh added that with Aleppo now liberated the alliance of Russia, Iran and Turkey will be highly effective given Ankara’s sway over the moderate opposition groups in northern Syria and great deal of Russian and Iranian influence on Damascus. The close interaction by these three key regional players holds the key to ending the conflict in Syria and stabilizing the situation in the war-torn Arab country.

“If the Turkish authorities end their support for the so-called ‘moderate fighters’ in the north, close their border and stem the tide of new jihadist recruits heading to Syria, this would be a big first step towards a lasting  peace and stability in Syria,” he emphasized.

© AFP 2021 / Natalia KOLESNIKOVA
Russia-Turkey-Iran Talks on Syria 'Gleam of Hope' for Lasting Peace - Lawmaker
“For their part, Iran and Russia could act as mediators and guarantors of a peaceful dialogue between the opposition and President Bashar Assad,” Farzad Ramazani Bonesh added.

In an interview with Sputnik Mundo, José María Gil, a Spanish expert on terrorism at the International Security Observatory, said that he agreed with Vladimir Putin in that Russia and the West should join hands against the terrorist threat.

“The lack of coordination is one of the reasons for the terrorist attacks we’ve seen happening in Paris, Belgium and other countries. Putin is ready for cooperation but, unfortunately, his call for concerted action has not  been heard yet,” he said.

He added that the opponents of this cooperation point to Russia’s actions in Aleppo but Russia is not to be blamed for the tragic events that happened there.

“The city was seized by terrorists who committed heinous crimes in Syria and keep doing this now. Russia is not the cause of the chaos in Syria and there are no easy ways out of this situation,” José María Gil said.