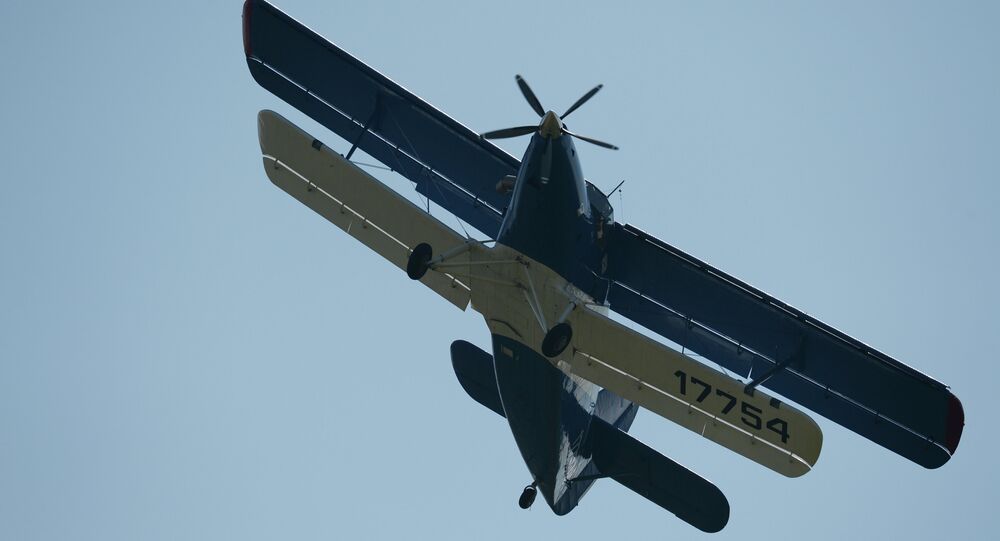 In an interview with Sputnik, Vladimir Barsuk, director of the Siberian Aircraft Research Institute in Novosibirsk SibNIIA), spoke about the modernized Antonov An-2 planes Vietnam wants to buy.

“We recently had a delegation of specialists from an aircraft repair plant in Vietnam visiting our institute. We showed them an An-2 plane with a new engine and offered supply such engines for their An-2s,” Barsuk said.

© Flickr / David Merrett
Vietnam, Russia in Talks on Modernizing An-2 Planes - Russian Institute
SibNIIA has developed and introduced the technology of upgrading this unique Soviet-designed plane.

The souped-up An-2 also boasts anti-icing gear for its propeller and engine.

“The engine starts easily without any additional warm-up and cabin temperature is comfortably warm too,” Barsukov noted.

When asked whether the institute would make necessary amends so that the An-2 can fly in the tropics, Barsuk said that there would be no problem with that as the An-2 has been used in Vietnam for quite some time now.

“As for the engine, it can work in any weather and with any humidity. All these problems have long been dealt with,” he said.

He added that the institute had been working closely with many countries where An-2s are still in use.

“We are working with many African countries, with Mongolia and with the Chinese. We are now in talks also with Belarus. Virtually all countries where An-2s are currently in service have shown a great deal of interest in our project and are willing to work with us,” Vladimir Barsuk said in conclusion.

Vietnam, Russia in Talks on Modernizing An-2 Planes - Russian Institute