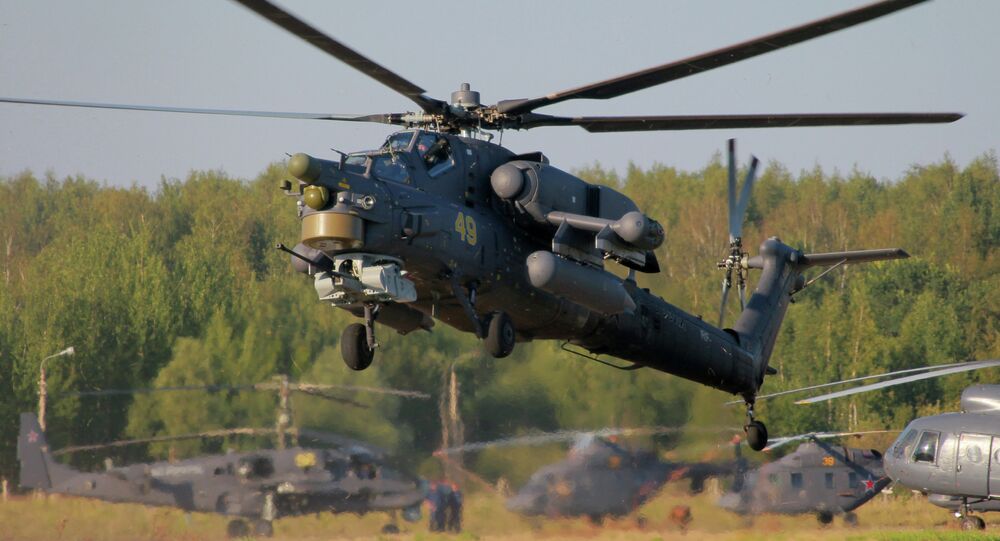 “We are updating Ataka and Khrizantema missiles for the Mi-28NMs to increase their range of target detection, lock on and destruction. The helicopter’s onboard fire control system will likewise be adapted for the use of these new missiles,” Valery Kashin, chief designer of the Kolomna-based Mechanical Engineering Design Bureau, said.

The Night Hunters will be able to use their new weapons round the clock and in any weather. For example, the modernized Ataka guided antitank missiles will have their range increased to 8 kilometers from 6 now.

Early this month Russia tested out an upgraded version of the Mi-28 attack helicopter.

Unlike its predecessor, the Mi-28NM can be piloted also by the gunner and is better suited for the use of high-precision ordnance.

The Mi-28NM is a modernized version of the Mi-28N Night Hunter attack helicopter that is being upgraded to a fifth-generation aircraft, which has been in development since 2008.