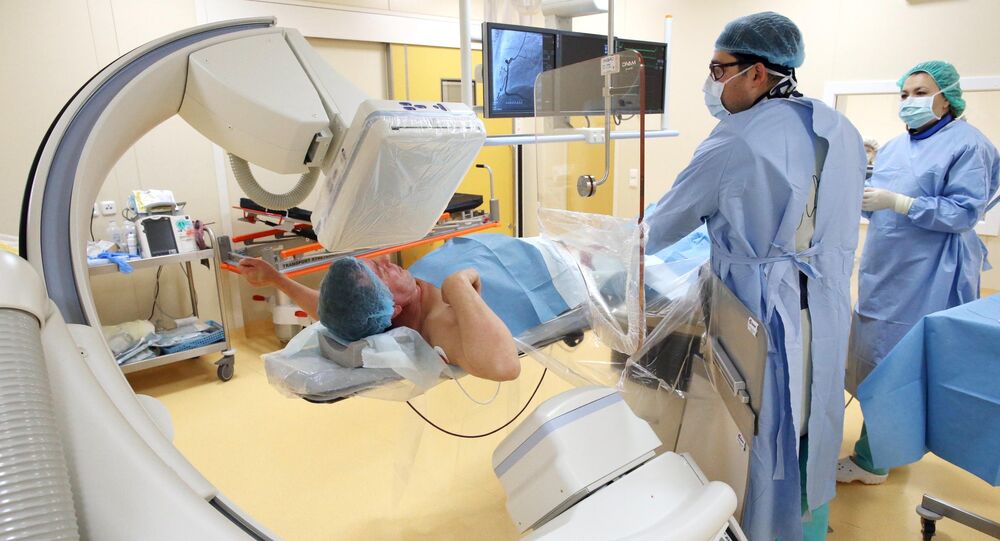 Last week, Russian Association of Medical Tourism president Konstantin Onishchenko announced that the Ministry of Health would appeal to the Interior Ministry to create a class of medical visas. Medical tourism to Russia has exploded recently thanks to the ruble's exchange rate, and the government is being urged to promote it any way it can.

Speaking at a medical conference in southern Russia, Onishchenko said that the development of an organized and state-supported medical tourism sector would be extremely lucrative the government, Russian business, and foreign patients themselves, who would benefit from quality service at a low prices. Accordingly, he noted, the development of the sector is integral to Russia's national interest, and should be a state priority.

© Sputnik / Vladimir Astapkovich
Enjoy Your Journey: New Startup Aims to Smash Stereotypes About Russia
The doctor pointed out that today, in spite of the fact that medical tourism is already booming, there is still no single unified collection of information on the phenomenon, a lack of specialized administrators devoted to the sector, and an absence of official special purpose medical visas.

In an analysis on the subject for news website PolitRussia, columnist Yuri Sergeev explained that the reason for Russia's growing popularity as a medical tourism destination is quite simple. "The cost of the work of Russian physicians even in Moscow lags far behind Europe, and especially in the United States, where the annual salary of an anesthesiologist is about $300,000, more than that of a senator. The downside of this is the prohibitive cost of operations, and treatment in American hospitals in general."

In other words, Sergeev noted, the decline in the ruble's exchange rate definitely has a silver lining, leading not only "to an increase in the global competitiveness of Russian products, but of medical services as well; hence the growth of medical tourism in Russia."

© Sputnik / Maxim Blinov
'It Will Touch Your Heart:' Russia Seen Through the Eyes of Japanese Tea Sensei
Even before the decline in the exchange rate, Russian medicine was a 'well-kept secret' of many people from Russia and the former Soviet Union who immigrated to Western Europe and the United States, with the cost of medical care, airfare, lodgings and other expenses still coming out to significantly less than what these people would pay in their new home countries.

Sergeev stressed that the Russian Ministry of Health has every reason to consider medical tourism a national priority. This year, according to a report by Visa and Oxford Economics, medical tourists will leave $349 billion in cash in popular medical tourism destinations around the world. Furthermore, as the percentage of seniors who travel grows, so too will medical tourism. The sector is expected to account for upwards of $3 trillion in earnings by 2025.

"In this context," Sergeev suggested, "Russian authorities' intention to introduce a new type of visa for foreigners seeking treatment can only be welcomed. However, increasing the number of medical tourists will depend not only on ease of entry. An effort must also be made to popularize this form of travel. After all, in the minds of many Westerners, Russia is a country of snow-covered cities where bears walk the streets." For Russia to truly take advantage of this growing trend, that sort of stereotype needs to be debunked.

To the Moon and Back: Russia Offers a Flight Around Earth's Satellite

'It Will Touch Your Heart:' Russia Seen Through the Eyes of Japanese Tea Sensei