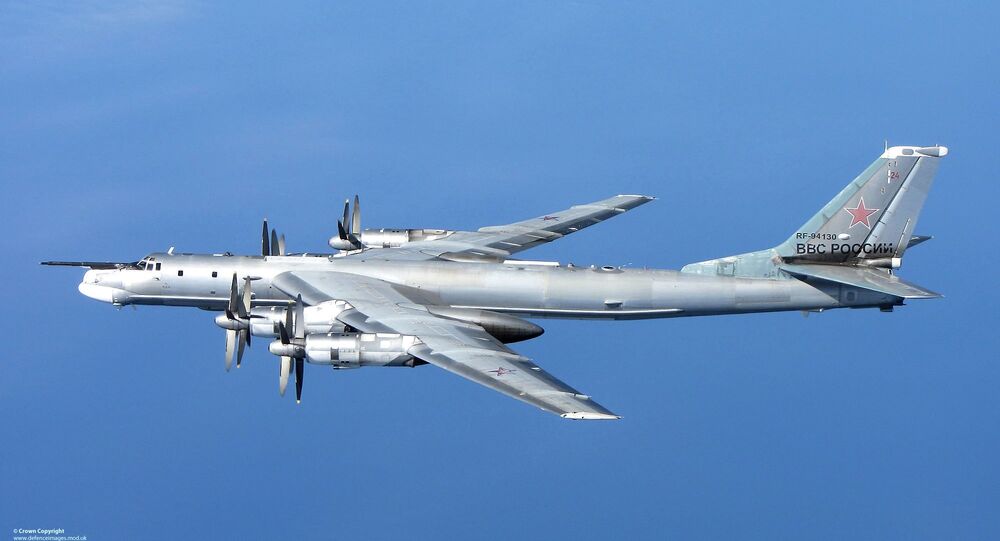 A new division of Tu-95MS and Tu-22M3 strategic bombers will soon appear in the Russian Far East to patrol the area over the Pacific Ocean inside the Japan – Hawaii – Guam triangle, Izvestia reported.

Military experts see the creation of a new air group as a  clear signal to the Asia-Pacific nations and the US that Russia is serious about is current pivot to Asia.

“The formation of the division is almost complete now. It consists of several squadrons of long-distance bombers deployed in the Eastern and Central military districts,” a Defense Ministry representative told the newspaper.

© CC BY 2.0 / Dmitry Terekhov / Tu-22M3M GEFEST
Russian Tu-22-M3 Long-Range Bombers to Strike Targets at Drills in Kyrgyzstan
It will be already the second heavy bomber air group in the Russian Aerospace Forces after a division of Tu-160, Tu-95MS and Tu-22M3 bombers that have been so successful mopping up terrorists in Syria, was added last year.

The newly-formed division will include dozens of strategic and long-range bombers to be deployed in Irkutsk and Amur regions.

“Back in the Soviet days our long-range bombers in the Far East had as their primary targets US military bases in Japan, on Guam Island, which then served as the main base of US strategic bombers in the Pacific, and also the US naval bases in Hawaii,” military historian Dmitry Boltenkov told Izvestia.

He added that Soviet missile-carrying bombers patrolled those areas keeping an eye on “enemy activity.”  These regular patrols were called off during the 1990s and early 2000s, but now it looks like Russian bomber flights inside the Japan-Guam-Hawaii triangle are back.

Since 2014 Russian Tu-95MS bombers have regularly been spotted off the coast of Japan which scrambled fighter planes to intercept the Russian “Bears” (NATO reporting name for the Tu-95MS).

© Photo : Ministry of defence of the Russian Federation
Russian Bombers Annihilate Jihadi Bases, Weapons Depots, Tanks in Syria (VIDEO)
In November a pair of Tu-95MS bombers circled the US island of Guam in the Western Pacific without straying into US airspace. Even though Guam is not a US state, it has been a US unincorporated territory since 1898.

This Russian military beef-up in the Pacific means that Moscow is serious about its current pivot to Asia,” Anton Tsvetov, an expert with the Center of Strategic studies think tank, told the newspaper.

“Even though Russia’s economic presence in Asia still has a long way to go, Moscow apparently wants to increase its military clout in the region, all the more so since regional security has always been a key element of Russia’s participation in multilateral organizations in Asia,” Tsvetov added.