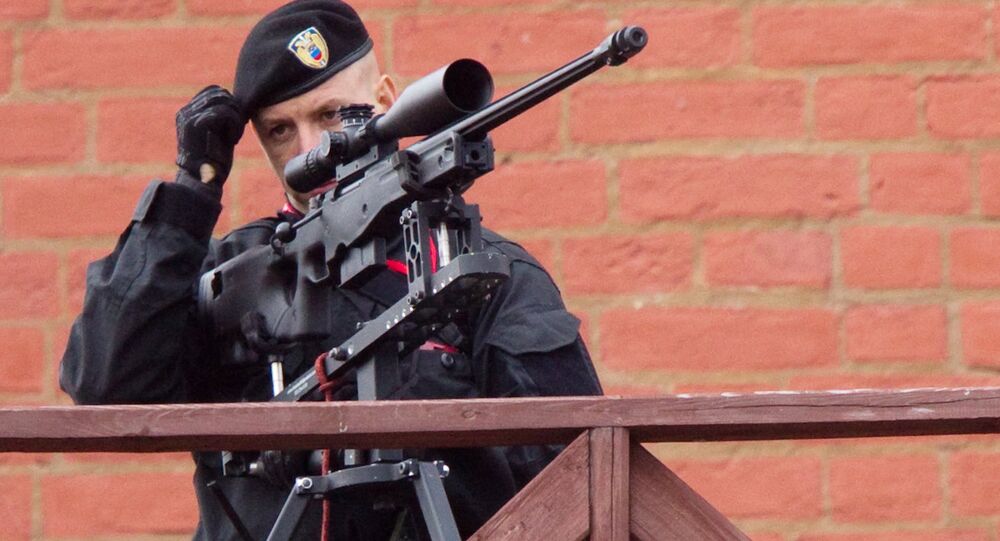 Russian commandos will soon be toting a unique large-caliber sniper rifle powerful enough to take out unsheltered enemy manpower and lightly-armored vehicles up to 2 kilometers away, Izvestia reported.

Weighing just 10 kilos, the high-precision 12.7mm sniper rifle Kord-M, also known as ASVK and 6V7M-1, is light enough to be carried for many miles without breaking its owner’s back. It is reported to be capable of penetrating up to 15 mm of armor and cutting through concrete and brick walls.

“A large-caliber sniper rifle should not be too light, because heavier ones have less recoil,” an army sharpshooter told Izvestia. “Leading makers of sniper rifles around the world always try to make their heavy rifles weigh less, but no one has so far been able to pare them down to just 10 kilos,” he added.

The Kord-M weighs less than its foreign counterparts, including the US-made M-82, used by Special Ops troops in virtually every developed country. It also exceeds them in the range of effective fire and is more accurate too.

Britain’s makers are lagging a bit behind with their AS50 sniper rifle weighing 14.1 kg – just 900 grams less than its AW50 predecessor.

“Right now the Kord-M is in the final stages of field trials. The first batch of Kord-Ms will enter service with our commando and paratroop units early next year and will eventually be supplied to Mountain troops,” a Defense Ministry representative told the newspaper.

They enable a seasoned sniper to hit targets at a distance of up to 1.5 kilometers.