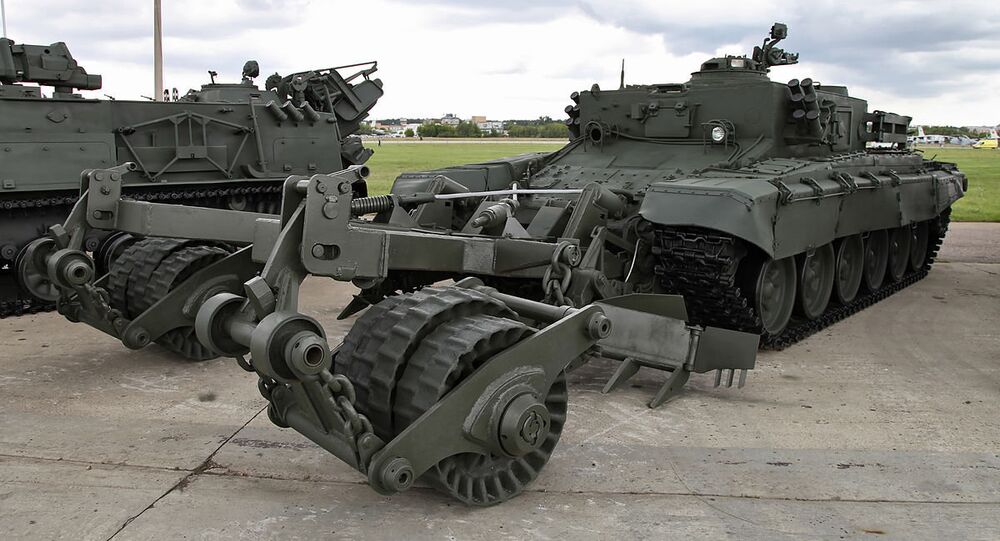 A remote-controlled reconnaissance and demining vehicle capable of finding and defusing mines and destroying enemy fortifications is currently being developed in Russia, Izvestia wrote, adding that it is likely to use the same tracks as the Armata tank.

The new vehicle, now on the drawing board in Nizhny Novgorod, will be built around either the Armata or Bumerang combat platforms. It comes complete with a drone and is part of the KR-521 automated reconnaissance data collection and processing center.

“The system’s biggest forte is that it will be remote-operated and will ensure a 100-percent increase in the speed of engineering reconnaissance operations,” Russian Engineering Troops commander Lt.-Gen Yuri Stavitsky told the newspaper.

He added that the robotic vehicle will transmit reconnaissance data in real time in digital mode. As ordered by the Defense Ministry, this advanced unmanned system will reconnoiter minefields, destroy mines and break through enemy lines.

In an interview with Izvestia, Viktor Murakhovsky, editor-in-chief of the journal Arsenal Otechestva (Arsenal of the Motherland), said that he couldn’t imagine a wheeled APC being hit by antitank mines and moving on.

“That’s why I think we’ll opt for the Armata tracked platform as all our existing systems are built around the T-72 and T-90 tanks,” Murakhovsky added.

A similar robotic mine-clearing vehicle capable of quickly breaking through enemy lines is being developed in the US, and is based on the Stryker APC.

The T-14 Armata was unveiled at the May 9 Victory Day military parade in Moscow in 2015. The main battle tank is operated by a crew of three, who are housed inside an armored capsule in the front of the vehicle.