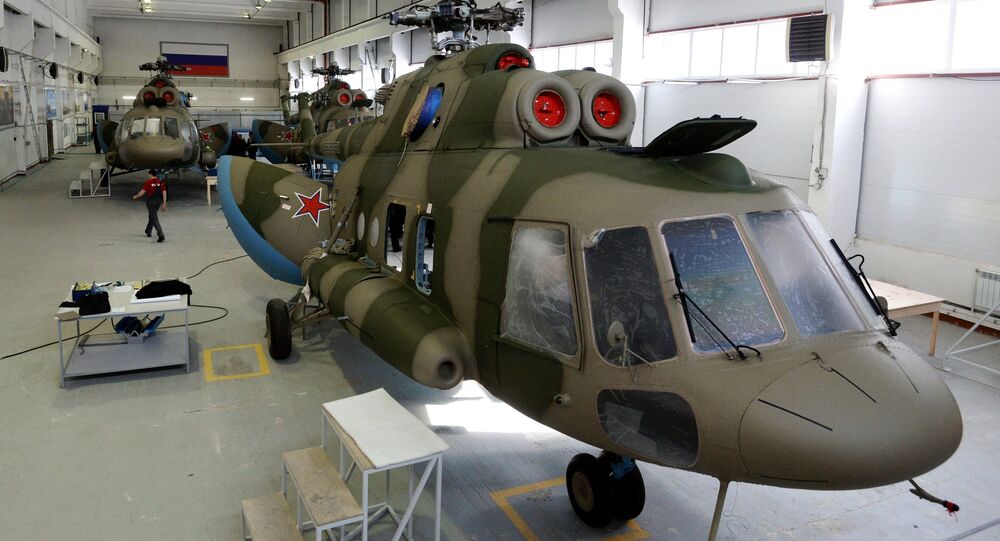 KRET representative Dmitry Ozhegin refused to elaborate any further saying only that the new generation Rychag-AVM complex would be tested shortly and more detailed information would be provided during the upcoming Army-2015 military technology forum outside Moscow.

Ozhegin added that Russia currently had only two complexes of helicopter-borne radio-electronic jammers – the Rychag-AV and its expert version, the Rychag-AVE – able to send enemy anti-aircraft missiles off course and  hamper enemy communications.

© Sputnik / Vladimir Astapkovich
Silent Protector: Russia Develops Hi-Tech Jammer to Block Enemy Electronics
The Rychag jammers are installed on Mi-8MTPR-1 helicopters and they can completely “blind” the enemy up to 400 kilometers away. They provide effective protection against various air- and land-based enemy weapons, including air defense and artillery, anti-aircraft and anti-aircraft artillery systems, and fighter aircraft.

The Rychag system also stores a database of different military equipment for determining specific targets and delivering the most effective kind of interference thus making it the best in its class both in and outside Russia.

This system can protect against various air- and land-based enemy weapons, including air defense and artillery, anti-aircraft and anti-aircraft artillery systems, and fighter aircraft.

The Rychag-AV is entirely assembled of Russian-made components and can be mounted both on helicopters and on aircraft as well as on ground objects, both fixed and moving, in addition to ships.