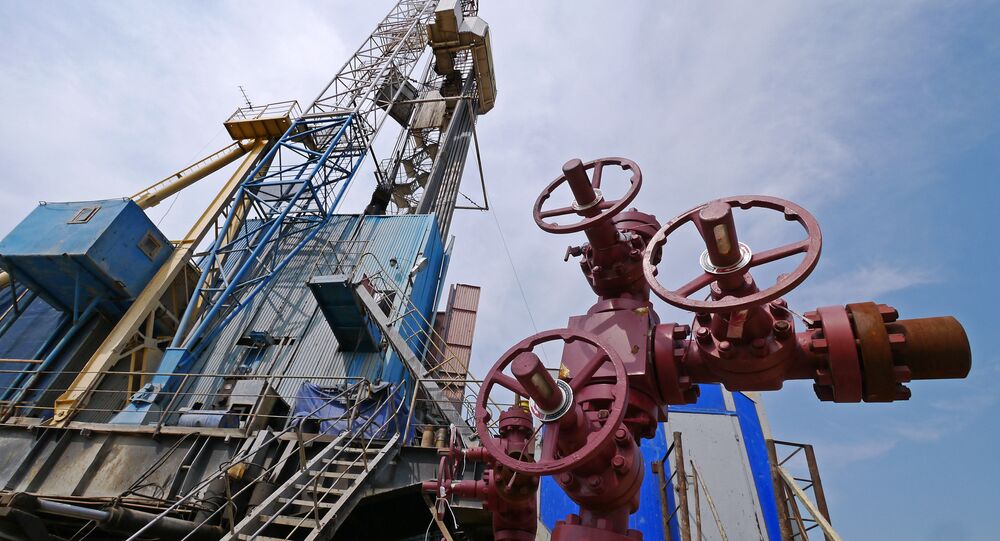 Russia has made yet another technological breakthrough thanks to the Western sanctions: it has developed its own technologies for the exploration and production of hard to extract shale oil. This advance is even more significant given that the sanctions have stopped Russian oil companies from using western equipment.

© AP Photo / JOHN MOORE
Will the US Flood Global Markets With Shale Fuel as Promised?
The West’s ban on Russian oil companies acquiring foreign equipment for oil exploration has been a major contribution to the recent technological development of the Russian oil industry.

Gazprom Neft has become the first Russian company to apply the full cycle of technologies used worldwide for the exploration and production of shale oil, says the press-release on the company’s website.

The advanced technologies of hydraulic fracturing have been tested in the wells of the so-called Bazhenov formation (a stratum in the West Siberian basin formed from sediment deposited in a deep-water sea in Tithonian–early Berriasian time).

Wood Mackenzie estimates that there are two trillion barrels of oil in the Bazhenov Formation, while in 2013, Russian oil giant Rosneft estimated recoverable reserves of 22 billion barrels from the formation.

© Flickr / Paul Lowry
Pump and Dump: Saudi Kills US Shale Oil Industry and Buys it for Pennies
In 2012, the Russian government agency Rosnedra estimated that Bazhenov contained 180 to 360 billion barrels of recoverable reserves.

The US Energy Information Administration – the most used source when it comes to estimating unconventional resources – said in June 2013:

This is one reason why the transfer of fracking technology has been sanctioned by the US and the EU and why Russian companies began the development of its own shale oil extraction technologies.

“Gazprom Neft-Khantos (Gazprom Neft’s affiliate) has completed the drilling of a 1,000 — meter horizontal well at the Bazhenov complex of the Palyanovsky deposit at the Krasnoleninsky field for the exploration of the unconventional reserves of the Bazhenov Formation,” the press-release says.

The results prove that there are possibilities for a full-scale exploration of these resources in the future, the company says, noting that so far there have been no methods devised for the commercial exploitation of the formation.

“The drilling of 1,000 meter horizontal wells and the performance of multi-stage hydraulic fracking under current foreign economic restrictions is a unique breakthrough not only for the company, but for the whole of Russia’s oil and gas industry,” said the Gazprom Neft’s First Deputy Director General Vadim Yakovlev.

“The success of the operation can be regarded as a huge step forward in the exploration of shale oil,” he added.

He said Russia’s own exploration technology would have certainly appeared one day. The only issue it runs into is its economic efficiency.

He cited as an example the emergence of similar technologies in other countries.

“Everyone likes citing as an example the US, where it announced its greenfield projects. The companies there used a diverse line of technologies. After 5-7 years the economic efficiency of some of them has noticeably improved: it is already profitable to extract shale oil using some tested technologies,” the energy official said.

However there is no comparison between the topologies of the deposits there and in Russia. Russia’s Bazhenov formation seriously differs from the American shale or the so-called Canadian oil sands. Russian deposits require completely different technology to extract the oil.

And the companies which are exploring Russian fields should pursue two things: first, they must develop the technology, and a number of companies have already done this.

The second and the most important thing is that these technologies should be economically efficient, cost effective and inexpensive.