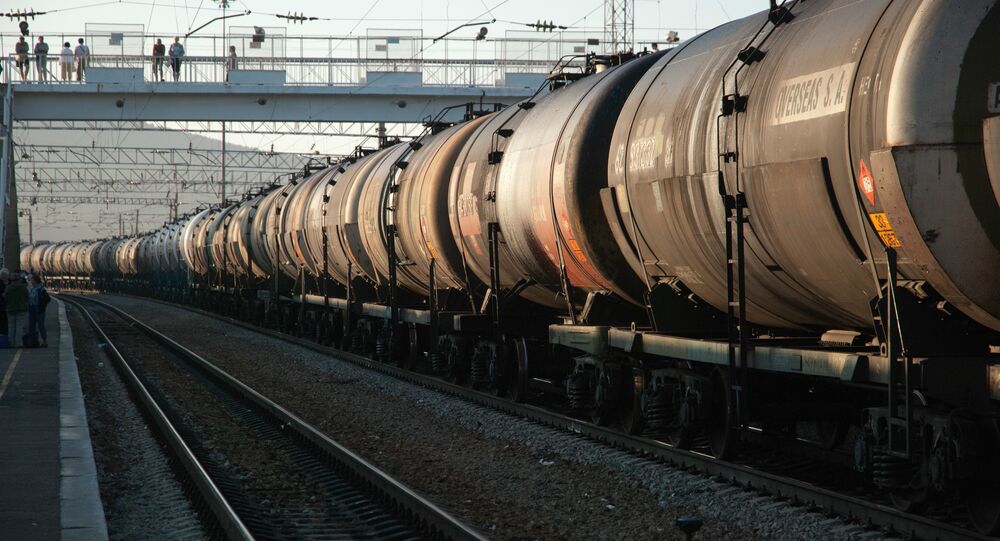 The new transport corridor will better connect Russia's Far East with the European region and international suppliers in the Far East, logistics firm and project managers Samarga-Holding announced on Monday.

© Flickr / Ilya
Russia's Far East May Share Electricity With Japan, S Korea After China
A planned new transport corridor in Russia's Far East is to provide a faster connection between the Trans-Siberian railway and the Pacific Ocean via a new port on the Sea of Japan, RIA Novosti reported on Monday.

The project is being managed by Khabarovsk-based transport logistics company Samarga-Holding. At a presentation for stakeholders on Monday company director Alexander Vasilyev outlined the development of the 420 billion rubles ($6.5 billion) project, which has a projected completion date of 2025.

"This transport corridor will be able to serve most of the ports of the Russian Far East, as well as Japan, China and Korea. The project cuts the distance to the Trans-Siberian railway by 550km and allows much faster transportation of cargo to the European part of Russia," Vasilyev explained.

The project involves the construction of a logistical center at a railway station in Khabarovsk, the administrative center of Khabarovsky Krai and a station on the Far Eastern railway. A new railway line will be laid from Khabarovsk to neighboring Primorsky Krai, extending to the estuary of the River Samarga.

A new port, projected to cost $3.1 billion, will be constructed at the Samarga estuary, enabling cargo to be ferried to neighboring Far Eastern countries.

"We think that the construction of the logistics terminal, port and railway will have a powerful synergetic effect on the whole economy of the Far Eastern Federal District," said Vasilyev, whose company has raised around 30 percent of the necessary project funding.

The project managers want to build the infrastructure project under the auspices of the Area of Advanced Development (TOR) in Khabarovsk, one of several economic zones in Russia's Far East which have been earmarked for development by the federal government.

The TOR scheme offers substantial deregulation and tax breaks for enterprises registered in these economic zones, including lower tax on company profits for the first five years of operations.

© Sputnik / Michael Klimentyev
New China-Russia Route Paves Way for Global Transit
The transport corridor project has the backing of the Khabarovskiy Krai regional administration, and Samarga-Holding is in talks with Asian investors including Japan's Association for Trade with Russia and Eastern Europe (ROTOBO) and the Industrial and Commercial Bank of China.

"Investors in China, South Korea and Japan are looking for infrastructure projects of this size," said Vasilyev, who is slated to present its project to potential investors at the upcoming Eastern Economic Forum, which opens on Friday in Vladivostok.

Last week the government of Primorsky Krai in Russia's Far East announced that the first 15km of the new "Primorye-1" transport corridor has been constructed. The new section of road allows better transport links to the airport at Vladivostok, and Primorye-1 will eventually link the regional capital center to the port city of Nakhodka and Vostochny Port, a cargo terminal specializing in coal transportation.