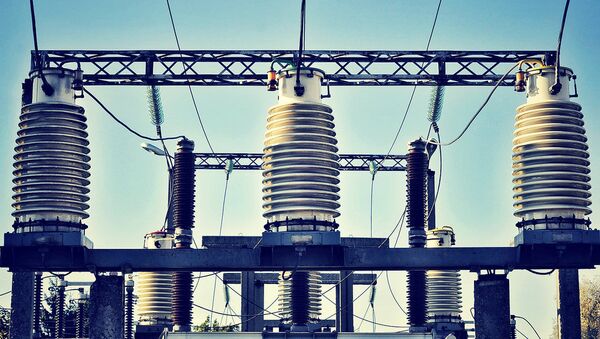 © Flickr / Ilya
Subscribe
Russia is ready to supply part of its surplus electricity in the Far East to Japan and South Korea, Russia’s Minister for the Development of the Far East, Alexander Galushka said.

In an interview with Sputnik a Moscow-based Japanese-affairs expert Yelena Leonova said that because they have no energy resources of their own, the Japanese are always looking for the cheapest possible supplies from abroad and here Russia could come as a perfect option.

“Gas and oil are shipped to Japan by tankers, but the sea route is way more expensive than direct supplies via pipelines they have in Europe and the US. That’s why Japan is on the lookout for alternative supplies. They once tried to tap the reserves of  undersea frozen methane off Hokkaido with help from US investors, but the project proved too expensive and they eventually scrapped it,” Leonova said.

“That’s why the Russian project appears a very lucrative one,” she added.

Russia, Japan to Continue Developing Joint Nuclear Energy Projects
Valery Dubovsky, an analyst at the Agency for the Development of the Far East, mentioned the stable system of state support for domestic and foreign investors now existing in Russia.

“First, the government finances the construction of transport and industrial infrastructure. Secondly, there are the so-called advanced development territories now being set up with their own energy and transport facilities already in place investors can  come to and open their industrial production  facilities. Thirdly, The Far Eastern Development Fund is co-financing these investment projects,” Dubobvsky told Sputnik.

During their talks held on the fringes of international economic forum held in St. Petersburg in June, Russia, Japanese JBIC Bank and  SoftBank reiterated their wish to finance the construction ofo an “energy ring between Russia and Japan.

This could necessitate certain changes in Japanese law but Russia is still optimistic that the project will proceed as planned.

“The recent visit to Sochi by Japanese Prime Minister Shinzo Abe and the talks he had with Russian President Vladimir Putin breather additional vigor in the economic cooperation between our two countries. A high-powered Russian delegation recently traveled to several Asia-Pacific countries with special attention paid to energy cooperation with Japan. This is a long-term project but we believe it is economically feasible and can be implemented,”Dubobsky said.