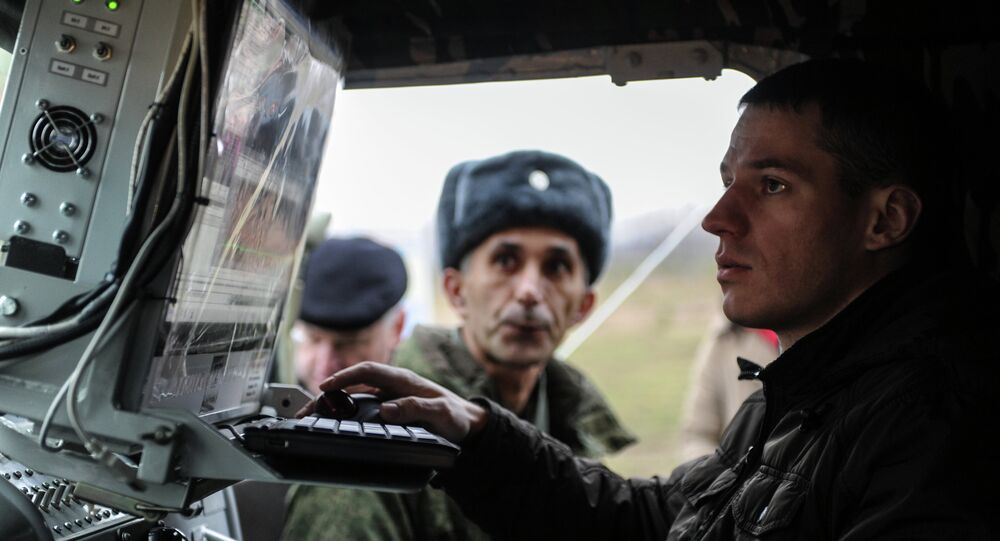 © Photo : Russian Defense Ministry
Russian Airborne Troops to Include Drone, Electronic Warfare Units by 2017
Dubbed as POLE-21, the system consists of jamming modules installed on mobile phone towers and working as a single whole to cover entire areas and making them impregnable to satellite navigation systems.

Besides being powered by a tower’s circuit, the Pole-21 modules also use their GSM antennas as a backup channel for signal control and transmission.

“The system has already been successfully tested and is now operational,” the source told the newspaper.

All the four global positioning systems whose signals are effectively deflected by Pole-21 work within the 1176.45 and 1575.42 MHz range. Even a 20 watt transmitter is enough for Pole-21 to jam all signals in this range within a radius of 80 kilometers.

Pole-21 has one downside though. While generating radio interference against the enemy using the GPS satellite navigation systems, it does the same to domestic users of GPS and its Russian analogue – GLONASS.