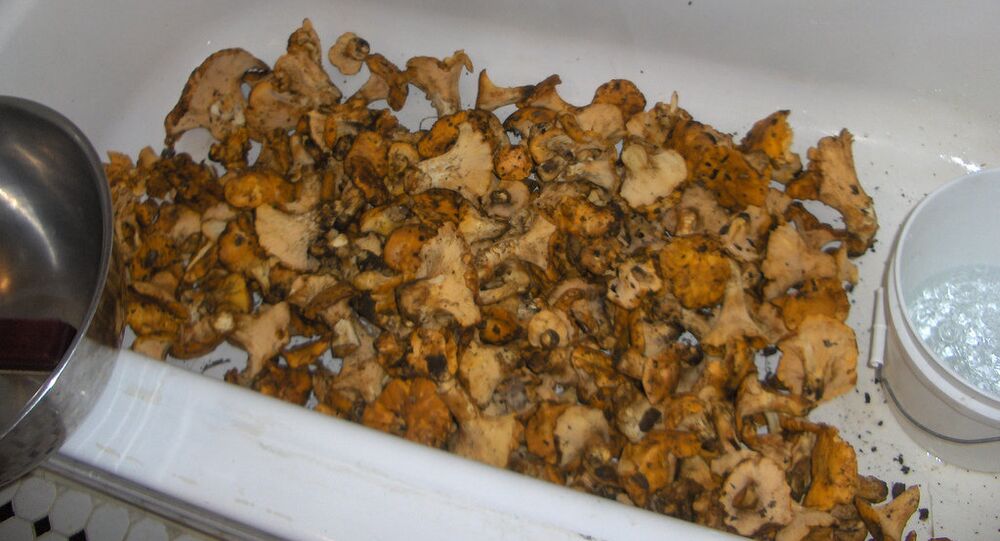 Could you resist the temptation to taste delicious mushrooms grown in the pristine woods of the Alps? These two Russians couldn’t.

A couple of Russian tourists impressed the staff of five-star hotel in Switzerland by pickling mushrooms in a bathtub of their room, Russian online media Lenta.ru reported.

© Photo : Courtesy of the Museum of Moscow
Could Psychedelic Mushrooms Help Those Battling Depression?
The two Russian tourists, both around 50 years old, checked into a hotel in the Alps and went for a walk in the woods on a mushroom hunt. Since there were no other mushroom pickers around, the couple collected everything that was within reach.

The tourists went to the woods several times that day. They collected so many mushrooms collected that it was impossible to eat them at once. The travelers then decided to pickle them in their hotel bathtub to keep them for a later date.

Since returning home, the couple has reportedly decided that they are planning a return visit to the same Swiss hotel.