Secrets of the Moscow Kremlin: What Was Hidden Centuries Ago?

Two years ago the decision was made to restore the historic appearance of the Moscow Kremlin. The task was not an easy one, considering the Kremlin’s cultural, historical and political significance.

The Kremlin is a fortified complex that serves as the official residence of the President of the Russian Federation. The existing Kremlin walls and towers were built over the years from 1485 to 1495. The Kremlin area is so large that it accommodates churches, museum areas, and even houses the Presidential military forces.

Building 14, or the Kremlin Presidium

© Sputnik / G. Kostenko
The building of the Presidium of the Supreme Soviet of the USSR. The Administrative Building of the Kremlin (Building 14) is situated between the Spassky Gates and the Senate Palace.

In 1958, it was decided to reconstruct it into the Kremlin Theater. But unfortunately, all efforts were dismissed.

In post-perestroika times, the building housed a number of the presidential administration’s departments.

Since late 2015, demolition of Building 14 has been underway and archeologists have found amazing discoveries in its basement.

© Sputnik / Ekaterina Chesnokova
An archaeologist during excavations at the site of Moscow Kremlin's demolished Building 14.

During dismantlement, historical masonry was discovered: two church foundations and the refectory of the Chudov monastery that was destroyed by the Bolsheviks in 1929.

According to legend, the friary was established in 1365 in memory of the miraculous recovery of the mother of Djanibek, Khan of the Golden Horde, from blindness.

The monastery has a rich history. Patriarch Hermogenes was starved to death in it and in 1812, the headquarters of Napoleon were located inside its walls.

Many great Russian dukes and Orthodox officials are buried on the territory of Chudov monastery.

In 1929, the Chudov monastery was demolished.

It served as the residence of the emperor and his family.

Architect Kazak built the palace in accordance to the guidance of Kathrine II, for which he received 40,000 rubles.

The Nicholas Palace is famous as the birthplace of the son of Nicholas I, Alexander II, who became the next Russian emperor.

If the legends are true, this convent was established by the wife of Dmitry of the Don.

In 1382, the Miraculous Icon of the Mother of God was placed in the monastery. 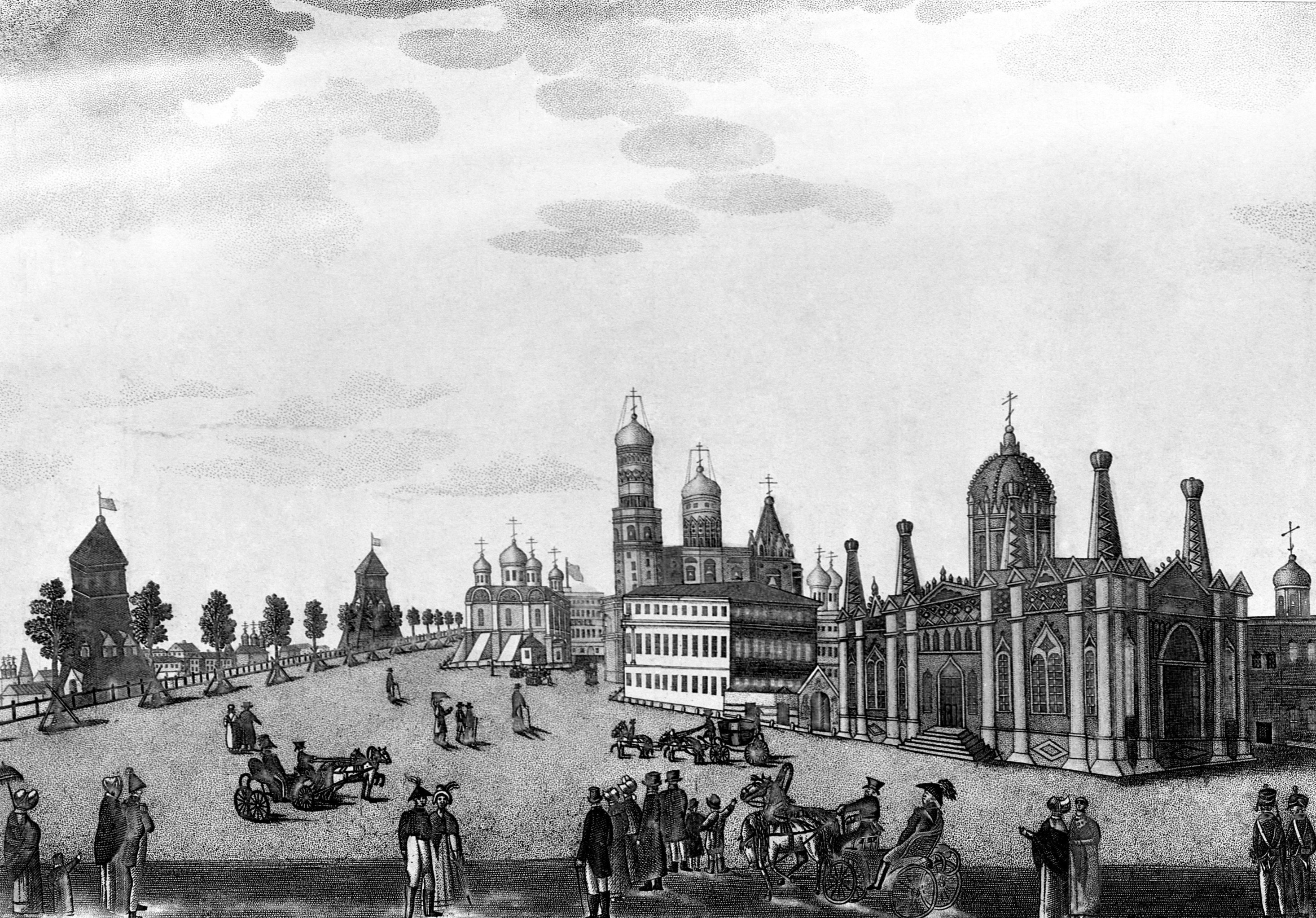 © Sputnik /
View of the Ascension Monastery in the Moscow Kremlin.

The monastery is also famous for being the residence for royal brides and burial place of representatives of Moscow’s princely kind.

Today, around the Kremlin, a green zone has been built with an area of 1,6 ha. In it, monastery and church foundations are designated with a globular green fence. 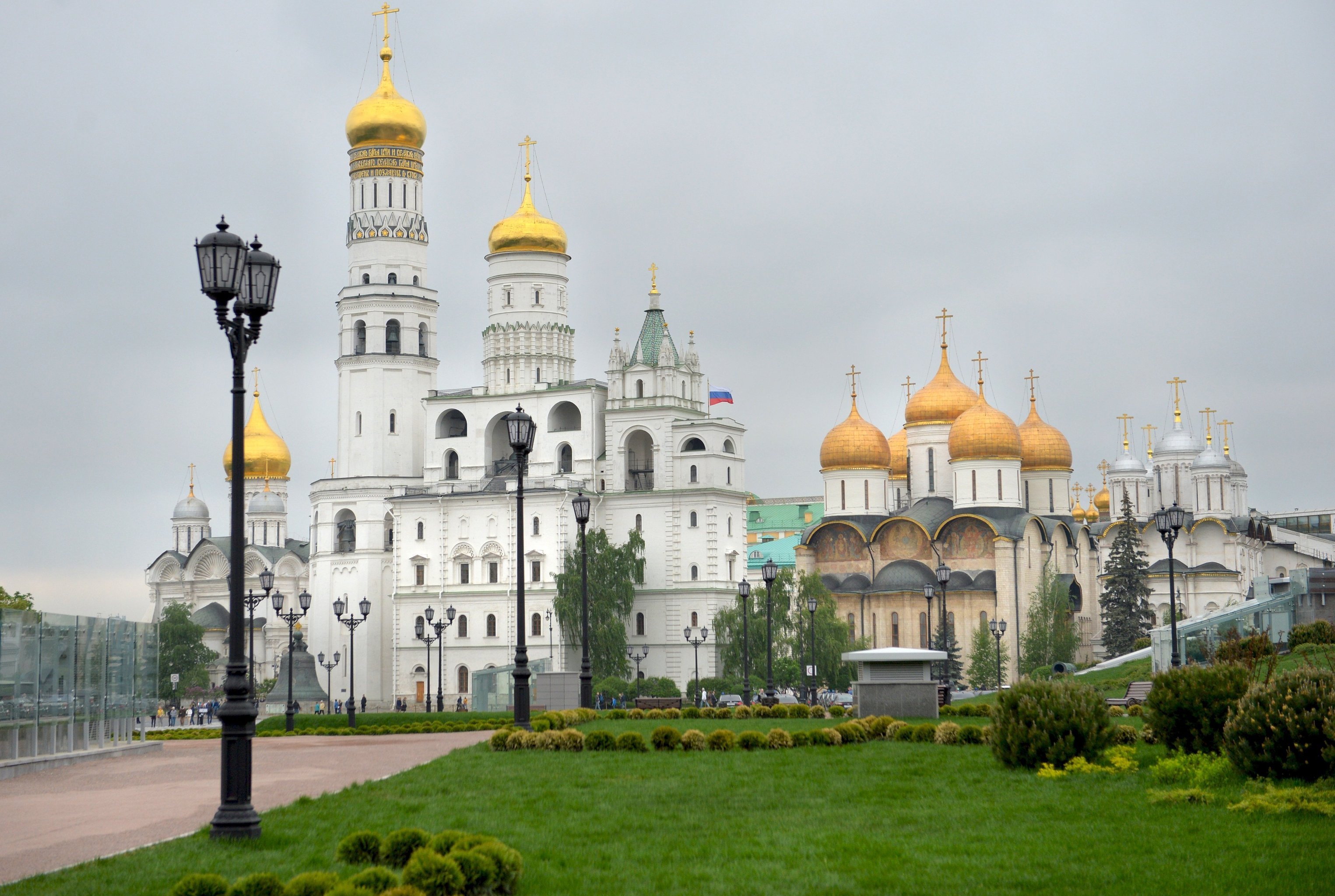 © Sputnik / Alexei Druzhinin
A new park is opened on the premises of the Moscow Kremlin on the site of former Building 14.

Restoration of monuments of architecture is planned for the future.

In the meantime, Muscovites and the capital’s visitors have a chance to explore new sightseeing tours on  the restored Kremlin territory.

Putin Orders Archaeologists to Draw Up Plan for Excavations Inside Kremlin