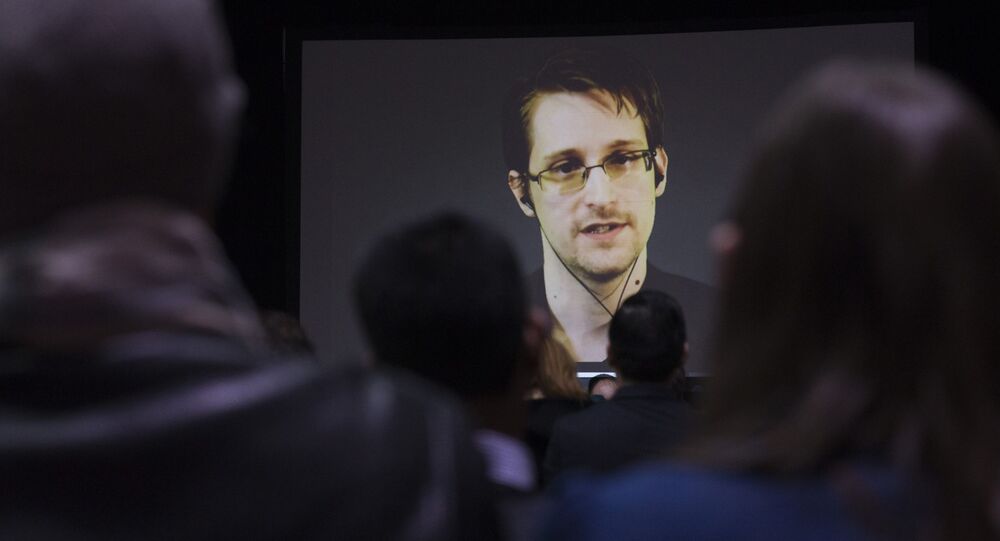 Snowden Has No Plans to Leave Russia - Lawyer

Former US National Security Agency (NSA) contractor Edward Snowden continues to work and live in Russia, according to his lawyer.

On July 14, US Central Intelligence Agency (CIA) Director John Brennan said Snowden should return to the United States and stand trial to face the charges brought against him.

"No. He [Snowden] works, and continues to work and live in Russia," Anatoly Kucherena told RIA Novosti when asked if Snowden intended to leave Russia.

© REUTERS / Svein Ove Ekornesvaag/NTB Scanpix/Files
Snowden vs Surveillance, the Russian Edition
Snowden made revelations about widespread US surveillance practices around the world in 2013. The same year, Russia granted him temporary asylum for one year. In August 2014, Snowden received a three-year residence permit to live in Russia.

In the United States, he faces up to 30 years in prison on charges of espionage and theft of government property. Snowden repeatedly said he would return to the United States if Washington guaranteed him a fair trial.