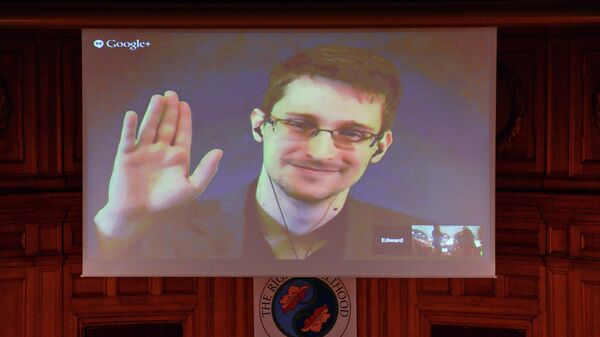 Central Intelligence Agency (CIA) Director John Brennan said that he disagreed with former US Attorney General Eric Holder who had criticized National Security Agency (NSA) whistleblower Edward Snowden but also had said that his revelations were some kind of "public service."

"I would only support his coming back and facing the charges that have been levied against him, and to let a court of law determine his fate," Brennan told Yahoo News, answering a question on whether he supported a pardon of Snowden.

Brennan added that he disagreed with former US Attorney General Eric Holder who had criticized Snowden but also had said that his revelations were some kind of "public service."

Snowden Says Non-Minorities in US Intelligence Awarded More Than Minorities
In 2013, Snowden disclosed the massive NSA surveillance operations that collected tens of millions of phone conversations of US citizens, and prompting the US Congress to pass the USA Freedom Act, which allegedly places some limits on electronic eavesdropping. In August 2014, Snowden received a three-year residence permit to live in Russia.