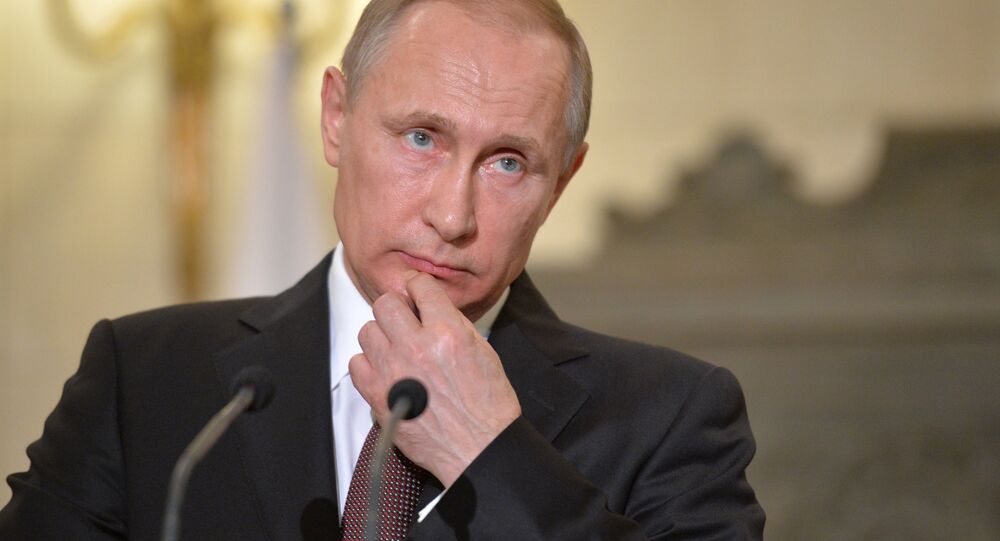 Russian President Vladimir Putin said that the doping scandal involving Russia athletes is a result of the interference of politics in sport.

"We see a dangerous throwback to political interference in sport. Yes, the form of such an intervention has changed, but the essence is the same: to make sport an instrument of geopolitical pressure and create a negative image of countries and nations," Putin said.

He said the Olympic movement, which unites humanity, "can once again be on the verge of splitting" as the result of WADA's report.

© REUTERS / Denis Balibouse
All Russian Sports Ministry Officials Must Be Sacked to Return RUSADA to Compliance - WADA
Earlier in the day, an investigation commissioned by the WADA said in a report that Russia had been running a state-sponsored doping scheme for years. The inquiry was opened on claims by Grigory Rodchenkov, former head of the Russian doping lab in Moscow.

However, the Russian president added that Russia will carry out an investigation into the doping scandal to prevent doping violations in sports.

Putin said that the WADA must provide more thorough and objective data based on concrete facts to assist the Russian investigation into the doping allegations.

© AP Photo / Felipe Dana
WADA Urges IOC to Consider Declining Entries From Russian Athletes to 2016 Rio Olympics
He said that Russian officials mentioned in the WADA report as direct perpetrators of doping violations will be suspended until the investigation is completed.

"Recent events, the uneasy atmosphere around the international sports and the Olympic movement remind the beginning of the 80s of the last century," Putin said.

According to the Russian president, in the 1980s, many Western states cited Soviet operation in Afghanistan to boycott the Olympic Games in Moscow. Four years later, the USSR responded with a boycott of the Los Angeles Olympics, he said.

"As a result, many Soviet and American atheles, as well as atheles from other countries involved in the campaign of mutual boycotts lost the opportunity of leaving their mark in history of international sport, while years of work and hard training went down the drain," he said.

He added that atheles suffered due to political tensions.

"Russia is well aware of the great importance and creative power of the Olympic movement, and fully shares the Olympic values: mutual respect, solidarity, fairness, spirit of friendship and cooperation," Putin said in a statement.

"Our position is clear: there is no place for doping in sports," Putin stressed.

All Russian Sports Ministry Officials Must Be Sacked - WADA