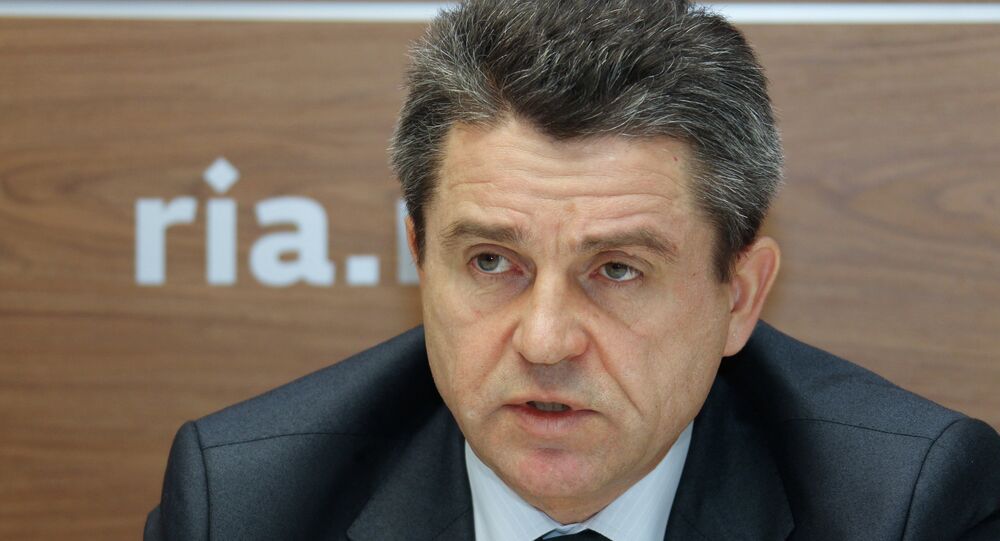 US will be colleagues involved in case of Grigory Rodchenkov, a spokesman for the Russian Investigative Committee said Monday.

"We have sent a request for legal assistance to US authorities, so that they question [Rodchenkov]," Vladimir Markin told Russia's Vesti FM radio.

On May 12, The New York Times newspaper quoted Rodchenkov, as saying that at least 15 Russian athletes-medal winners at the Winter Olympics 2014 in Sochi were part of a state-run doping program, aimed at country's dominance at the Games.

© AFP 2021 / J. P. Engelbrecht
USADA Threatens to Ban Russia From Brazil Olympics if Doping Proven
On May 13, the Russian Sports Ministry officially refuted the claims, stressing that no doping program in the Russian sports had ever existed. The ministry added it would demand an investigation into Rodchenkov's claims, and could also sue the newspaper involved.

On June 18, Markin said that Russia’s Investigative Committee had launched a criminal inquiry on suspicion of abuse of power by Rodchenkov.

Russia’s Investigative Committee has also opened an inquiry against several senior officials at the All-Russia Athletics Federation (ARAF) in connection with the suspected abuse of office. Criminal cases against them were launched earlier in June.