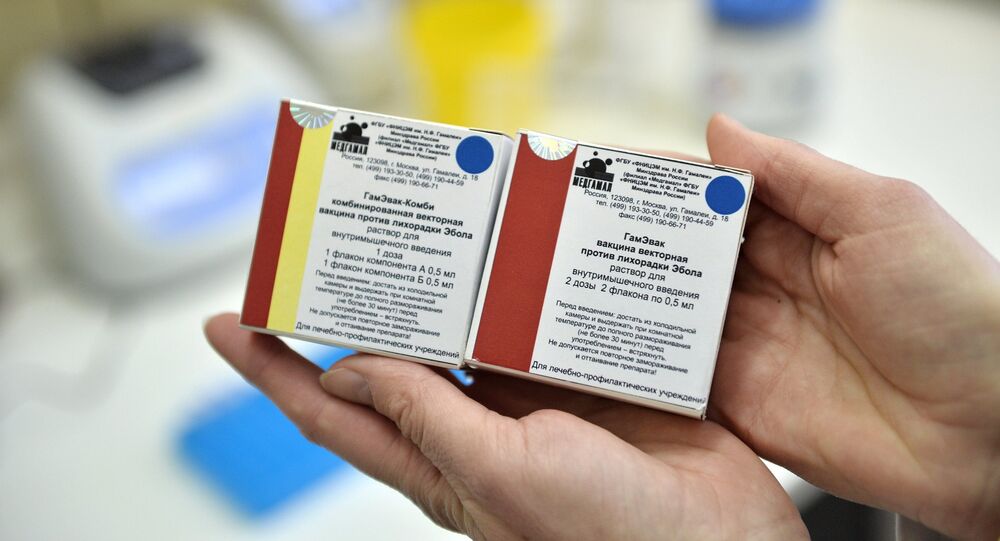 © AP Photo / Abbas Dulleh
WHO Declares End of Recent Ebola Virus Outbreak in Liberia
ST. PETERSBURG (Sputnik) — In May, Anna Popova, the head of Russia's consumer rights watchdog Rospotrebnadzor, said that the Russian vaccine against Ebola had passed the first phase of clinical trials on 60 volunteers during which it had shown its effectiveness. The vaccine now awaits Russian Ministry of Healthcare approval before a second round of trials can be held.

"It is already being tested in difficult cases, and Rospotrebnadzor is working with an institute that has opened in the hotbed of the epidemic on the African continent. The work of our experts has been successful, and it is possible to talk about the existence and a high degree of readiness of the vaccine," Golodets told RIA Novosti.

Luc Gnago
Ebola Outbreak in Guinea Over
The double Gam Evac Combi vaccine was developed by the N.F. Gamaleya Scientific Research Institute of Epidemiology and Microbiology in Moscow and unveiled in January 2016. The vaccine is believed to offer long-lasting immunity to the Ebola virus without side effects.

The Ebola virus causes the Ebola virus disease, which leads to a potentially fatal fever. The most recent Ebola outbreak began in December 2013, spreading across Western Africa from Guinea to Liberia and Sierra Leone, killing over 11,000 people in these three countries alone.