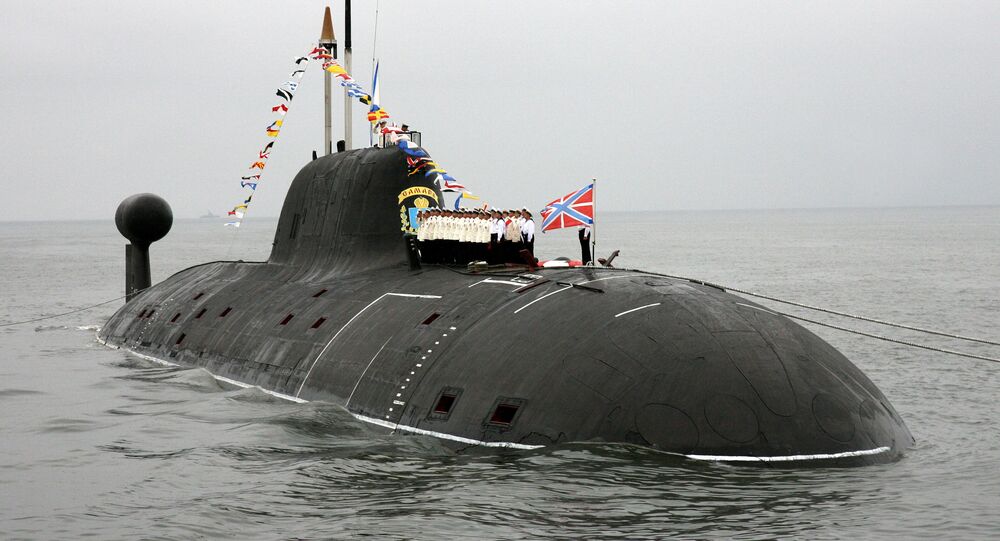 The Russian Navy has received a welcome boost with the arrival of two of its new series of naval frigates – the Admiral Grigorovich, which arrived at its home base in Sevastopol on Thursday, and the Admiral Essen, scheduled to join the fleet shortly.

The Russian Navy has received a welcome boost with the arrival of two of its new series of naval frigates – the Admiral Grigorovich, which arrived at its home base in Sevastopol on Thursday, and the Admiral Essen, scheduled to join the fleet shortly.

Each of the Project 11356 frigates is armed with eight launchers of the famous Kalibr-NK designed to destroy surface, submerged and land targets.

One such missile is powerful enough to sink a cruiser while a salvo of Kalibrs is able to destroy an aircraft carrier. This means that a single frigate can effectively take on a whole enemy task force.

Last year’s barrage of 18 Kalibr cruise missiles at terrorist targets in Syria sent western defense experts into a state of shock not only because the missiles hit their targets 1,500 kilometers away, but also because they were launched by small river-and sea-going Russian corvettes.

Four more such corvettes are slated to join the Russian Navy before 2019.

The Ilya Muromets diesel-electric icebreaker that was floated out in St. Petersburg earlier this month has a cruising range of 12,000 nautical miles and an endurance run of two months.

Built to explore northern latitudes, the Ilya Muromets is the first icebreaker built in Russia for the Navy in the past 45 years.

Russia is developing a submarine with an anaerobic power plant that will considerablye increase in theits ability to stay submerged.

The sea trials of the new engine are slated for later this year and the construction of the prototype of the new sub capable of sailing three weeks without surfacing, is expected to start next year.

The construction of the Yasen-M multirole nuclear-powered submarines and Borei-A strategic missile subs will continue and a fifth-generation nuclear submarine, now in the pipeline, will carry hypersonic anti-ship missiles.

In addition, a fifth-generation nuclear-powered attack is already on the drawing board.

The Russian Navy announced that it plans to begin construction of new Lider-class destroyers in 2019.

Russia's new warships will have a displacement of about 17,500 tons, a length of 200 meters and a breadth of 20 meters.

Equipped with Kalibr cruise missiles, S-500 surface-to-air missiles, 130 mm cannons and Paket-NK torpedoes, the nuclear powered destroyer will reportedly reach a speed of 30 knots and remain at sea up to 90 days without support.