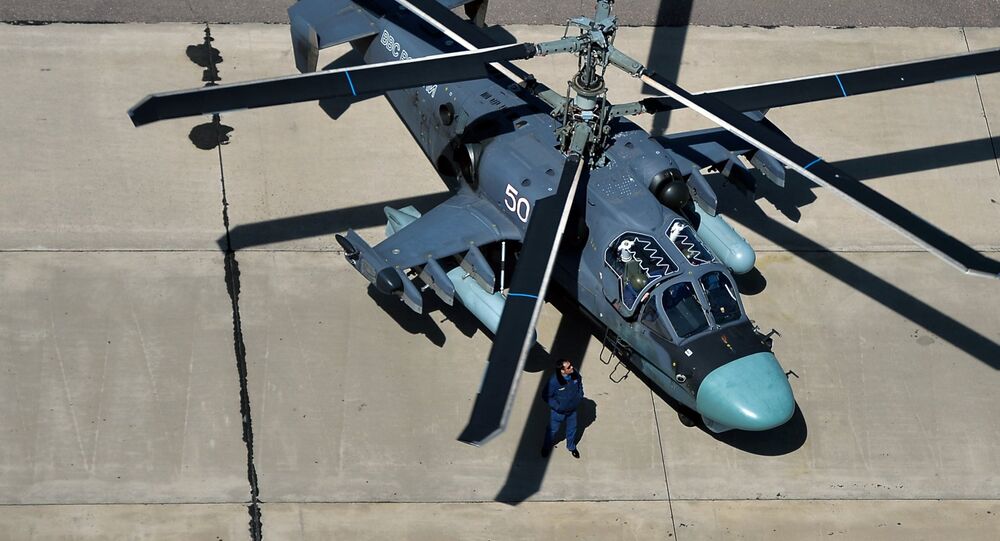 According to the head of Rosoboronexport's Air Force Department, Russia intends to start deliveries of the Ka-52 Alligator attack helicopters to its foreign partners in the near future.

"In particular, in 2015 Russia carried out the first export deliveries of the Mi-26T2 heavy-lift transport helicopters, while this year a foreign customer will receive the dual-control Mi-28NE attack helicopters. Moreover, export deliveries of the Ka-52 attack helicopters will start soon," Sergey Kornev, who is also heading Rosoboronexport's delegation at the HeliRussia-2016 international exhibition, was quoted as saying in a statement published on the Russian state arms exporter's website.

All three models of the helicopters enhance Russia's "competitive position among the world’s leading helicopter manufacturers," he added.

Russia's Ka-52 Alligator reconnaissance and combat helicopter is designed to destroy tanks and other armored vehicles. Ka-52 could also perform fire support operations, as well as patrol and escort missions.

The HeliRussia-2016 exhibition is taking place between May 19 and May 21 in Moscow. Organized by Russia's Industry and Trade Ministry, the event is the only international helicopter exhibition, where companies from Russia and other countries can showcase helicopter industry achievements, including new helicopters, navigation equipment, communication and control systems.