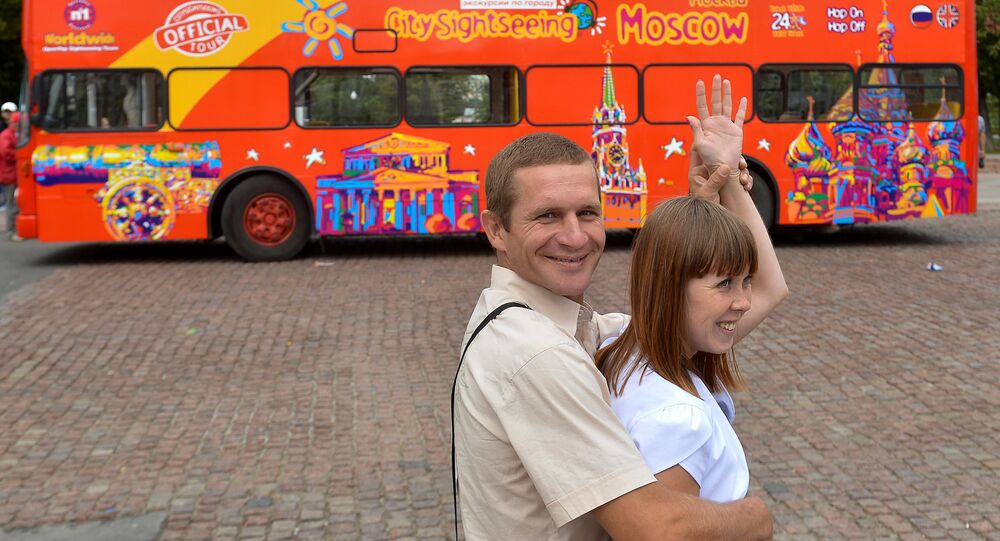 Discount Time: Russian Students to Get ‘Youth Card’ by Fall 2016

A Russian analogue of the European Youth Card along with a corresponding mobile app is expected to be released later this year.

© REUTERS / Murad Sezer
Do Svidaniya: Number of Russian Tourists in Turkey Drops 10-Fold in 2016 From Last Year
The owners of the card would be able to obtain discounts of up to 50% discounts at various cafes, museums, theaters, shops, travel agencies, railway companies and airlines participating in the program.

Meanwhile, the mobile app would provide tourist maps, information on available discounts, offers from local museums and theaters, and notifications about special events being held in the area.

According to Izvestia newspaper, the card will be freely available to any applicant up to 30 years old.

The initiative was launched by the Russian Civic Chamber’s Committee on Public Diplomacy and the Russian Youth Union, with the first issue of the card being scheduled for September.

The committee’s chairman Elena Sutormina said that the program is in fact based on a European model.

"We have a foreign partner in this venture – the European Youth Card Association. Therefore, these discounts will be available for our cardholders not just in Russia, but in Europe as well," she said.

Sutormina also added that discussing the new discounts with representatives of Russian Railways and several airlines is the first order of business because travel expenses currently put the biggest dent in young tourists' budget.