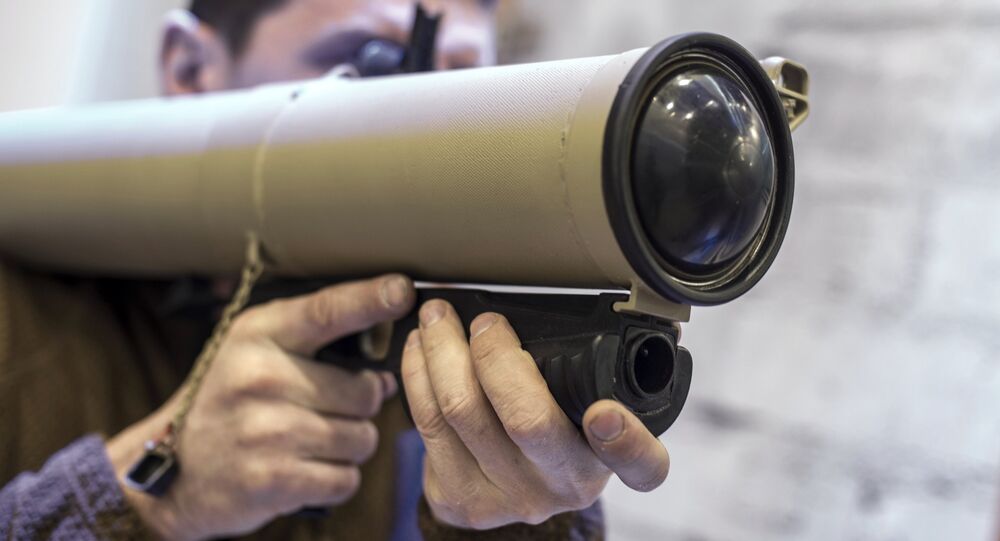 Its modernized version, the PRO-A Shmel single-shot disposable flamethrower, is designed for use in urban areas and can destroy targets within 50 square meters in open spaces and within 80 square meters indoors, gazeta.ru reported.

It can also hit targets located at a distance of 700 meters and is nicknamed “a sniper flamethrower” by the Russian military.

The RPO-A Shmel is a next generation man-portable high-precision assault weapon that can act in a variety of fire support mission types in close combat situations.

Thirty years ago Soviet forces in Afghanistan received the first models of the latest Shmel infantry flamethrower for testing.

Firing fuel-air explosive rounds, the effect of the man-portable launcher was often as devastating as a 150 mm heavy artillery shell, and quickly earned it a nickname drawn from Islamic mythology: “Shaitan’s (the Devil’s) pipe.”

In April, President Vladimir Putin created the National Guard to fight extremism, terrorism and to participate in territorial defense. He appointed the former chief of his personal security as its head.