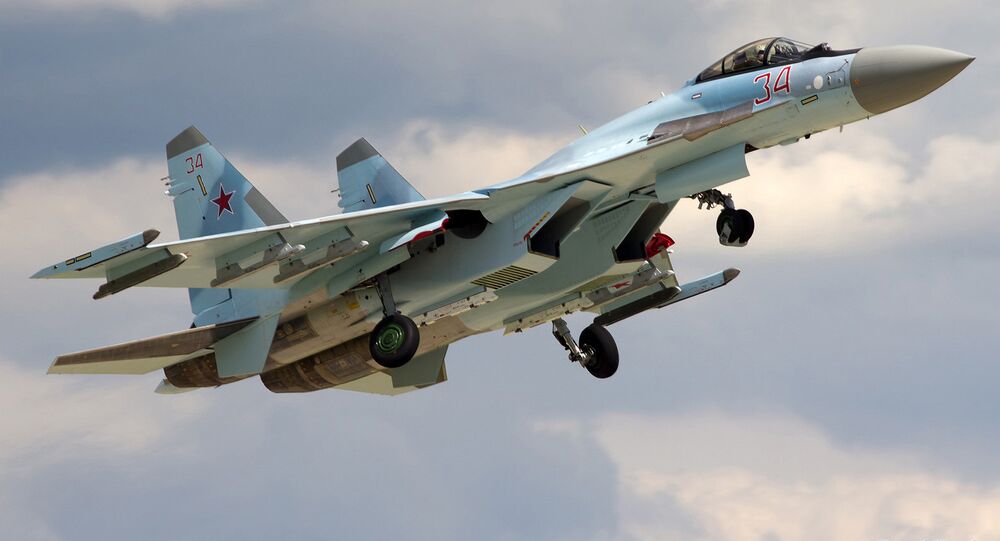 Several types of advanced Russian military equipment, from collimator sights for use with the Ratnik personal combat uniform to high-flying Su-35S fighter jets, will reportedly be shown off for the first time during the May 9 Victory Day Parade in central Moscow.

© Sputnik / Vladimir Astapkovich
Top Gun 2016: Russia's Super-Advanced Fighter Jet Enters Service This Year
Russian and foreign audiences will get their first chance to see Su-35S 4++ generation fighter jets at the May 9 Victory Day Parade on Moscow's Red Square, where collimator sights for use with the Russian Armed Forces' Ratnik personal combat uniform will also be unveiled, according to media reports.
The upcoming military march is dedicated to the 71th anniversary of the defeat of Nazi Germany in World War Two.

A collimator sight is designed to reduce the time required to aim at a target and to increase accuracy. It is a type of optical sight which allows the soldier looking into it to see an illuminated aiming point, aligned with the device the sight is attached to, regardless of eye position.

The Ratnik infantry combat uniform is comprised of more than 40 components, including firearms, body armor, and optical communication and navigation devices, as well as life support and power supply systems.

© Sputnik / Alexander Vilf
Koalitsiya-SV self-propelled howitzers at a rehearsal of a military parade in Moscow to mark the 71st anniversary of victory over Nazi Germany in the Second World War
© Sputnik / Eugene Biyatov
Tanks A Lot: Russia's Advanced Armata T-14 'Already in Serial Production'
As for the Su-35S, it is a generation 4++ fighter which can carry air-to-air missiles, anti-ship and anti-submarine air-to-surface cruise missiles, and guided bombs.The plane's radar system can detect targets at distances of up to 400 kilometers, as well as track aerial targets and engage up to eight of them simultaneously.

Taking part in the parade will be a total of 128 pieces of military equipment, among them those which were for the first time showed during last year's Victory Day Parade in Moscow.

These include the T-14 Armata tank, the armed personnel carriers and infantry fighting vehicles Kurganets as well as the self-propelled gun Koalitsiya-SV.