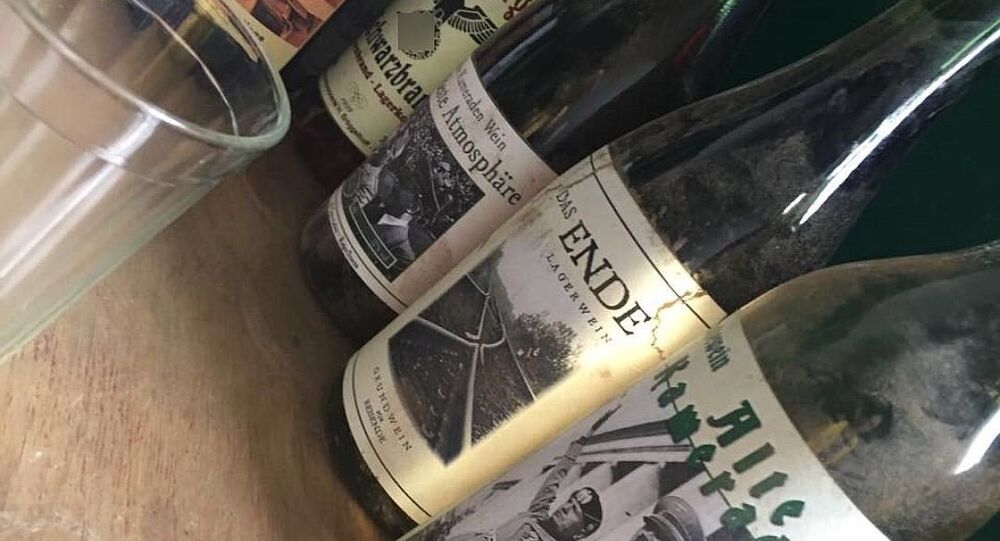 Construction workers in Taganrog in southern Russia stumbled upon a treasure trove of WWII-era German wines after one of them fell into the basement of a house they were repairing.

© AP Photo / PIOTR HAWALEJ
Poland Still on Hunt for Missing Millions on Nazi Gold Train
Looking around a what appeared to be a wine cellar, the man saw rows upon rows of dusty bottles with Third Reich emblems still on them. He called a friend, telling him about his find. Meanwhile, unable to resist the temptation, the worker decided to taste of the vintage liquor.

However he indulged himself a bit too much.

“Arriving at the site with friends and gear we saw dozens of Third Reich-era bottles lining the walls of that wine cellar,” Igor Tretyakov, the leader of The Final Trace of the War, said.

They were greeted by the worker, the effects of the preserved drink already very much visible on his face.

“As a top wine taster I have to tell you that the wine, rum and brandy are in in perfect shape and ready for consumption!” he proudly announced.

Going through the contents of the Nazi cellar the diggers found huge amounts of German schnapps and chocolate stored inside.

“Looks like the Krauts completely forgot about all this wine as they took to their heels running for their life,” Tretyakov said adding, somewhat enigmatically, that “the German finds are currently being tested for their possible consumption.”

He said that the Nazi booze would be “destroyed” on Victory Day exactly just the way it was “destroyed” by the worker who had found it.

The grandchildren of the victorious soldiers of WW2 promise to pour some for anyone who shows up with his own glass in hand.

A couple of bottles will be preserved and displayed at the diggers own museum, Igor promised.