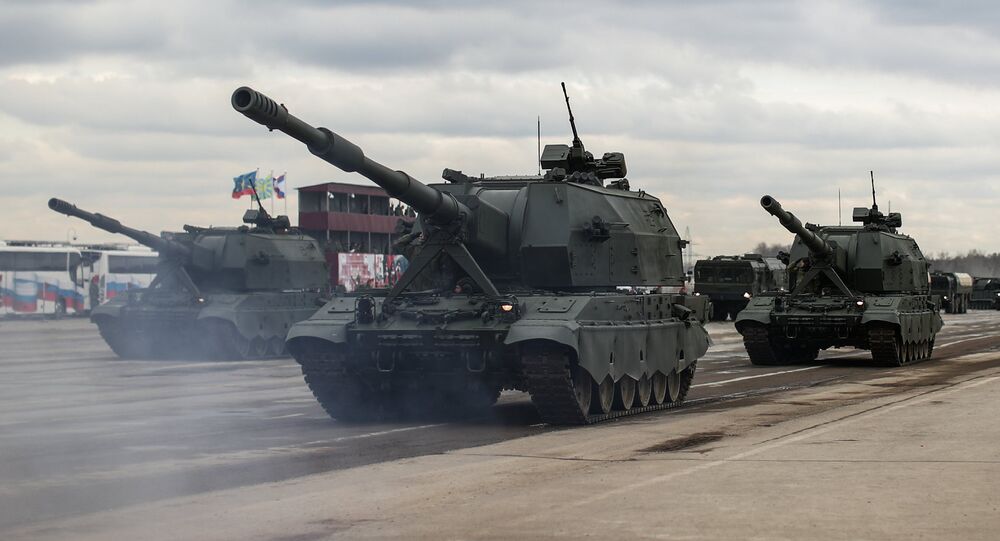 Russia's advanced self-propelled howitzer, the Koalitsiya- SV, is capable of firing high-precision shells, which are navigated using a GLONASS module, according to the Russian newspaper Rossiyskaya Gazeta.

According to him, the projectile was developed as part of another to equip the Koalitsiya-SV with a new munitions array which will significantly increase the howitzer's effective range and accuracy.

The 2S35 Koalitsiya-SV is expected to replace the 2S19 Msta soon.
Having high level of automation,it needs less crew pic.twitter.com/V7jPIueW7w

"When will all the necessary tests come to a close, this projectile will rightly be considered a high-precision weapons," Osyko pointed out.

As for the GLONASS navigation module, it will be installed inside the upper part of the Koalitsiya-SV's 152-mm artillery shell, according to Rossiyskaya Gazeta.

The device includes a combined fuse, GLONASS receiver and aerodynamic control surfaces, which are arranged in the air and adjust the trajectory of the projectile.

© Sputnik / Vladimir Astapkovich
Top Gun 2016: Russia's Super-Advanced Fighter Jet Enters Service This Year
It is worth adding that a Russian-made satellite-guided missile is worth just 1,000 dollars, a sea change from the 80,000-dollar 155-mm Excalibur GPS-guided projectiles used by the US Army.

Presented to the public during the Victory Day Parade in Moscow on May 9, 2015, the Koalitsiya-SV, with its maximum firing range of up to 70 kilometers, is designed to eliminate enemy tactical nuclear weapon systems, artillery and mortar batteries, as well as armored units and infantry. It can also effectively destroy enemy anti-tank weaponry, anti-aircraft systems and missile defense systems as well as and command and control installations.