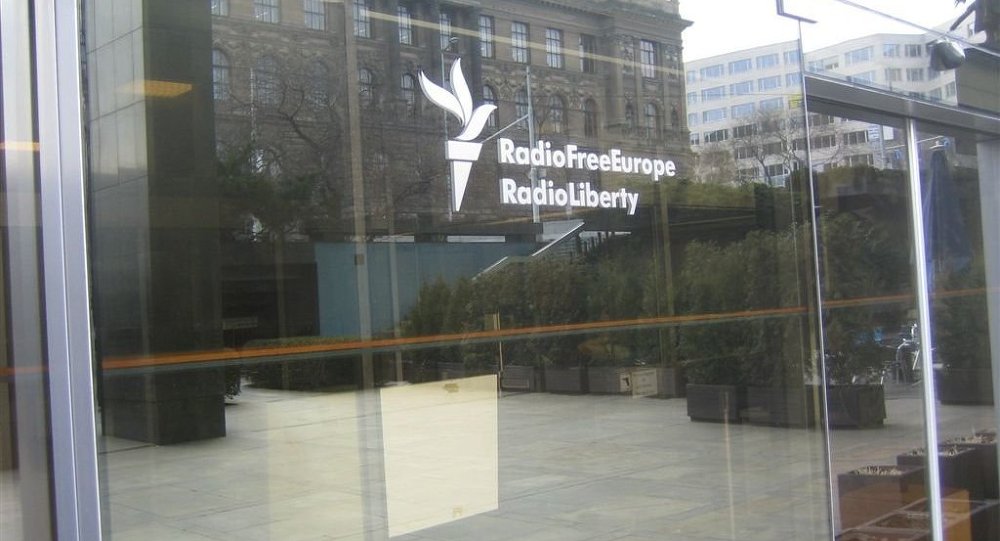 SIMFEROPOL (Russia), (Sputnik) — Earlier in the day, law enforcement officers started a raid on the home of a Crimea.Realities employee as part of a criminal case, opened against the journalist for reportedly calling for Russia's territorial integrity to be infringed in an article.

"In this article, and in a number of other publications prepared by this media representative, there are justifications for subversive activities, which have been conducted against all Crimeans, justification for terrorist intent <…> as well as calls for extremist activities. Journalists that publish their articles in various media outlets should adhere to the law and not condone terrorism or other crimes," Poklonskaya told RIA Novosti.

Crimea.Realities is a project of the Ukrainian service of Radio Free Europe/Radio Liberty, which was launched following the reunification of the peninsula with Russia. The office of the broadcaster, which is financed by the US Congress, is located in Kiev, while several reporters are working on the ground in Crimea.

Crimea reunified with Russia in March 2014 following a political referendum in the region, in which 96 percent of those who voted did so in favor of rejoining Russia. Ukraine and the West have refused to recognize the vote, imposing economic sanctions against the peninsula that include investment bans and restrictive measures targeting Crimean individuals and entities.

Step by Step: Watch the Vigorous Construction of Crimea Bridge

Austrian Politician: Crimea Issue Is 'Not as Simple' as Presented by West

Unfazed By Sanctions: Italians Ready to Invest in Crimea