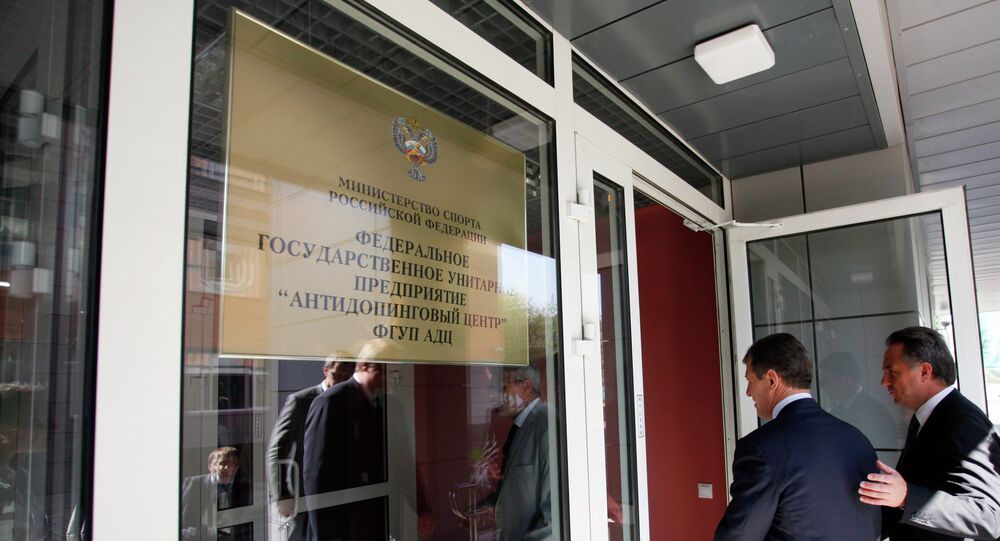 © Sputnik / Mihail Serbin
Russia Does Everything to Minimize Doping Scandal Ahead of Olympics
In November 2015, the WADA Independent Commission issued a report accusing Russia of numerous breaches of global anti-doping regulations and recommended the country be banned from international athletics competitions. The WADA also suspended Russia-based anti-doping lab operations run by the Russian Anti-Doping Agency (RUSADA).

"I can just say that the Prosecutor General's Office has thoroughly examined the mentioned report and has not found in it any legal grounds for starting any case," Mutko said, as quoted by Russian Sportfakt news website.

He added that at the same time Moscow agreed with WADA's decision on the suspension of the RUSADA activities.

The Russian authorities have promised to carry out a clean-up program to fulfill the WADA demands in order for the country's athletes to be allowed to participate in the 2016 Olympics.