Russia Does Everything to Minimize Doping Scandal Ahead of Olympics 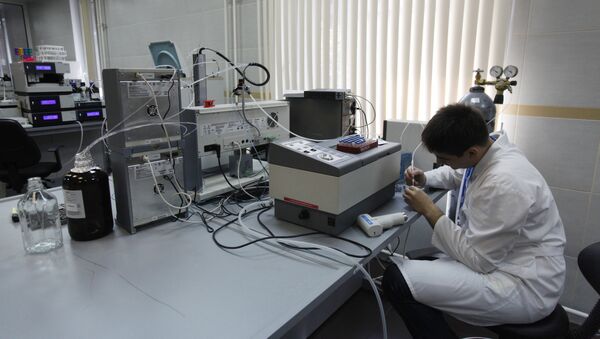 MOSCOW (Sputnik) — Russian sports officials do everything in their powers to minimize the consequences of the doping scandal ahead of the the 2016 Olympics in Rio de Janeiro, Kremlin spokesman Dmitry Peskov said Thursday.

"Actually, all our sports officials and sports community do everything possible to minimize the consequences for our sportsmen, who have nothing to do with doping, in order to ensure the largest possible representation at the Olympic Games," Peskov told reporters.

Russia
Doping Scandal Significant Blow to Reputation of Russian Sports – Minister
The spokesman added that Russian President Vladimir Putin was monitoring the situation with Russian sportsmen access to the Olympics.

In November 2015, the World Anti-Doping Agency (WADA) Independent Commission issued a report accusing Russia of numerous breaches of global anti-doping regulations and recommended the country be banned from international athletics competitions. As a result, the International Association of Athletics Federations (IAAF) temporary suspended the Russian Athletic Federation's membership of the association.

The Russian authorities have promised to carry out a clean-up program to fulfill the WADA demands in order for country's athletes to be allowed to participate in the 2016 Olympics.