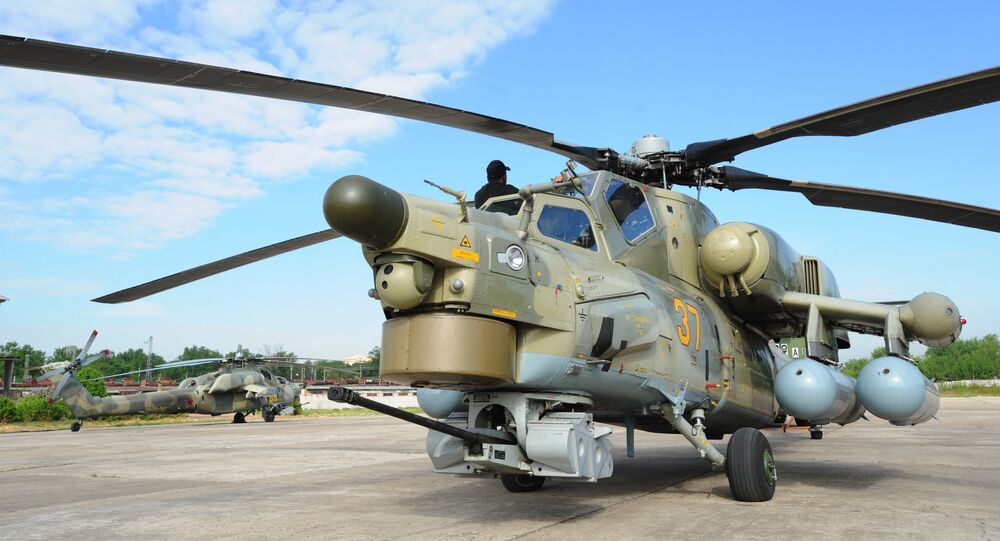 The first batch of Mi-28NE Night Hunter attack helicopters has rolled off the assembly line at a Rosvertol plant in Rostov-on-Don, Gazeta.ru wrote on Thursday.

A number of Mi-28NEs are currently on combat duty in Iraq and are now being eyed also by Brazil, Vietnam and several North African countries.

The Mi-28NE boasts an integrated electronic combat system. Other modifications include: a new main gearbox for transmitting higher power to the rotor; new high-efficiency blades with swept-shaped tips; and an engine fuel injection control system.

The main sensors of the integrated electronic combat system are the microwave radar antenna, mounted above the rotor head, and a forward-looking infrared system.

The system displays the helicopter location on a moving map indicator, and flight, systems and target information on liquid crystal displays. The crew is equipped with night-vision goggles.

The pilot uses a helmet-mounted target designator, which allocates the target to the navigator's surveillance and fire control system. The navigator/weapons officer is then able to deploy guided weapons or guns against the target.

The targeting system follows the direction of the pilot's eyes.

Nearly a dozen countries have shown interest in buying the Night Hunters.