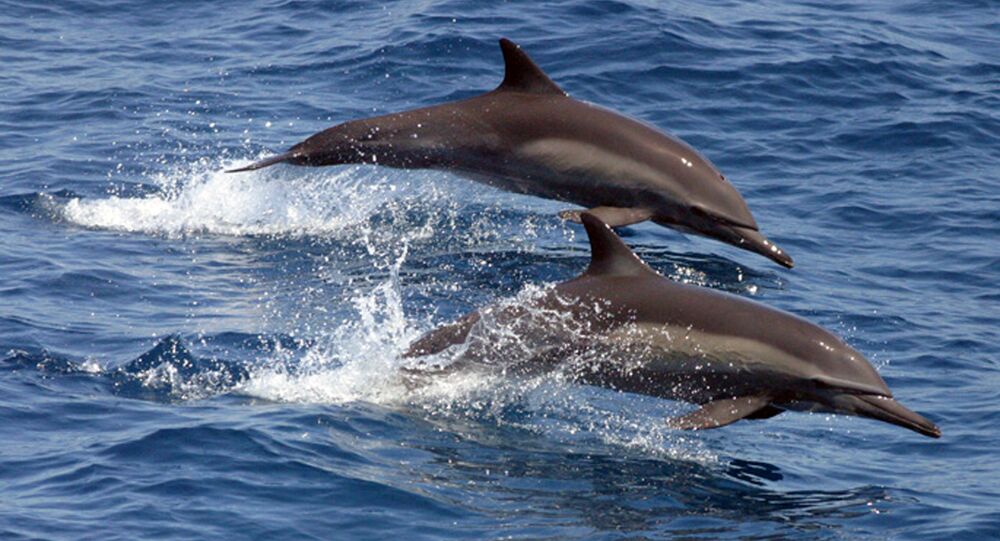 © Sputnik / Vitaliy Ankov
Game-Changer: What May Be Russia's 'Secret Weapon' in Syria?
Using animals such as dolphins for military purposes is not new. Both the US and the Soviet Union engaged cetaceans in military activities during the Cold War era. Dolphins were trained to detect suspicious objects, like submarines and mines, in the vicinity of important port infrastructure.