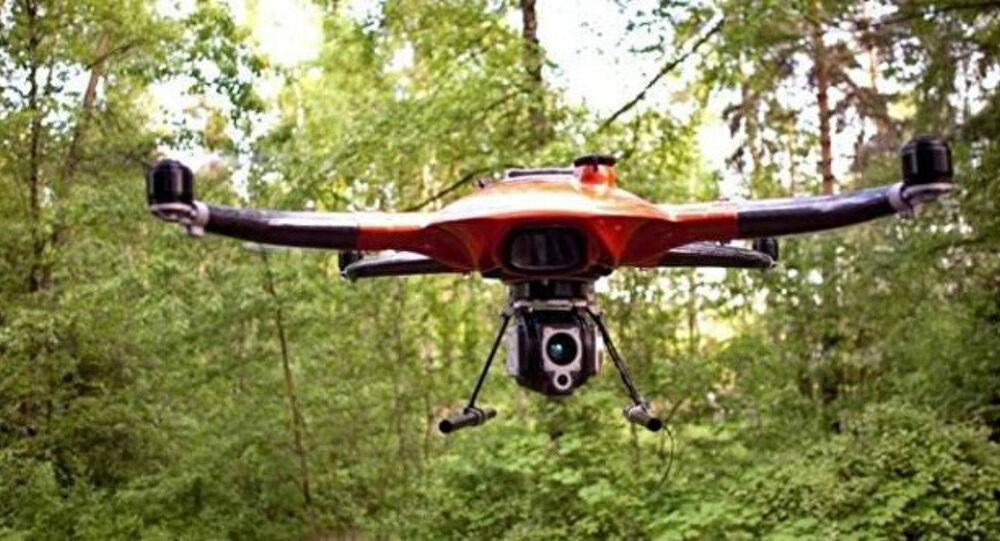 The Russian military has unveiled an unmanned aerial vehicle (UAV) which can carry anti-tank rocket launchers and flamethrowers; it can also fly on reconnaissance missions, transport cargo and coordinate artillery fire on the battlefield.

"The drone determines the coordinates of a location using GLONASS satellite signals and can correct artillery fire. The combat multicopter is able to find enemy objects such as tanks and armored vehicles and destroy them with rockets," UIMC explained.

"The human role in the management of the robots has been minimized. The squadron of drones is capable of working autonomously, as each machine independently fulfils its function and precisely follows a specified route," Skokov said.

UIMC presented its new invention on Wednesday at a military technology conference held at the 'Patriot' military exhibition center outside Moscow, devoted to the 'Robot Automation of the Armed Forces of the Russian Federation.'

The conference was the first of its kind in Russia, and attracted more than 500 representatives of Russian firms working in the defense technology industry.

© Sputnik / Evgeny Biyatov
Robotroops: Russia to Roll Out Robot Fighting Force by 2025
"The aim of the conference is the development of practical recommendations for the robot automation of the armed forces," explained Aleksandr Mironov, head of scientific research at the Russian Ministry of Defense.

Mironov told RIA Novosti that conference participants discussed regulatory and technical-organizational issues regarding the development of Russian robotics, such as greater cooperation between agencies to exchange knowledge and experience in the creation and implementation of robotic systems.

"The number of exhibitors, the large number of about 500 conference participants and their interest in solving assignments, demonstrate that the problems of robot automation will be solved and that new recommendations and pathways are being developed," Mironov told RIA Novosti.