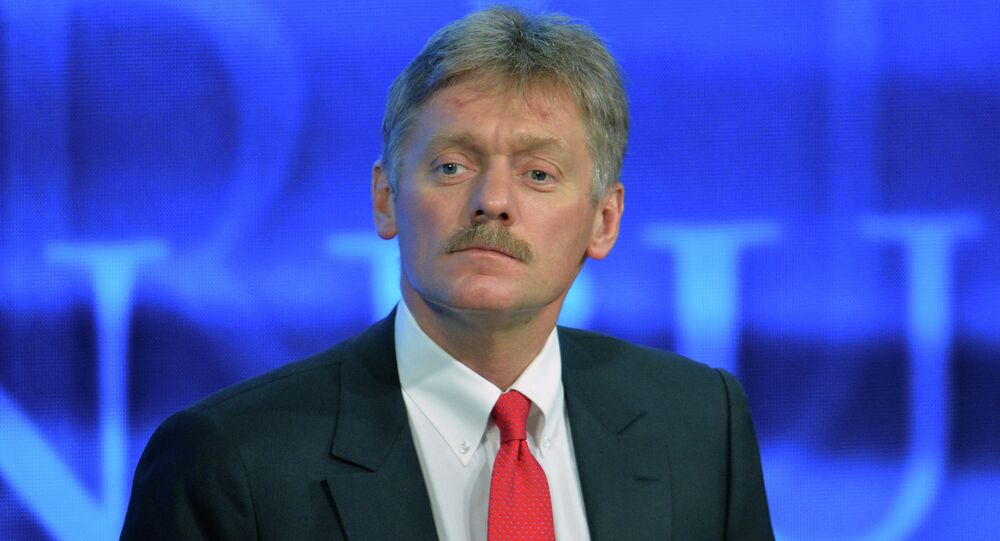 Kremlin spokesman Dmitry Peskov on Friday rejected claims that Russia is pursuing a military solution to the Syrian crisis instead of political settlement.

MOSCOW — Kremlin spokesman Dmitry Peskov on Friday rejected claims that Russia is pursuing a military solution to the Syrian crisis instead of political settlement.

© AP Photo / French Air Force/ECPAD
US-Led Coalition Continues Bombing Syria, Telling Russia to Stop
On Wednesday, US Secretary of State John Kerry claimed that the Syrian army's offensive in rebel-held areas, backed by Russian planes, is a signal that Russia favors a military solution over a political one.

"We consider this view incorrect, we cannot agree with it. Russia has been consistent in trying, within the channel of common international work, to find a peaceful settlement, a political settlement to the situation in Syria. Russia is also providing support to the legitimate leadership of the Syrian Arab Republic in terms of countering terrorism and fighting terrorist groups," Peskov told reporters.

© AFP 2020 / MANDEL NGAN
Syrian Peace Process Unimpeded by US-Russia Divide on Terror Lists
The Syrian peace process will not be easy, Peskov stressed, adding that Russia hopes that the intra-Syrian talks will continue even if reaching a settlement will take a significant amount of time.

On Thursday, UN Special Envoy for Syria Staffan de Mistura suspended the Syrian peace talks in Geneva until February 25 because it was impossible to address the humanitarian crisis in Syria.

Kerry to Putin: US Grateful to Russia for Cooperation on Syria