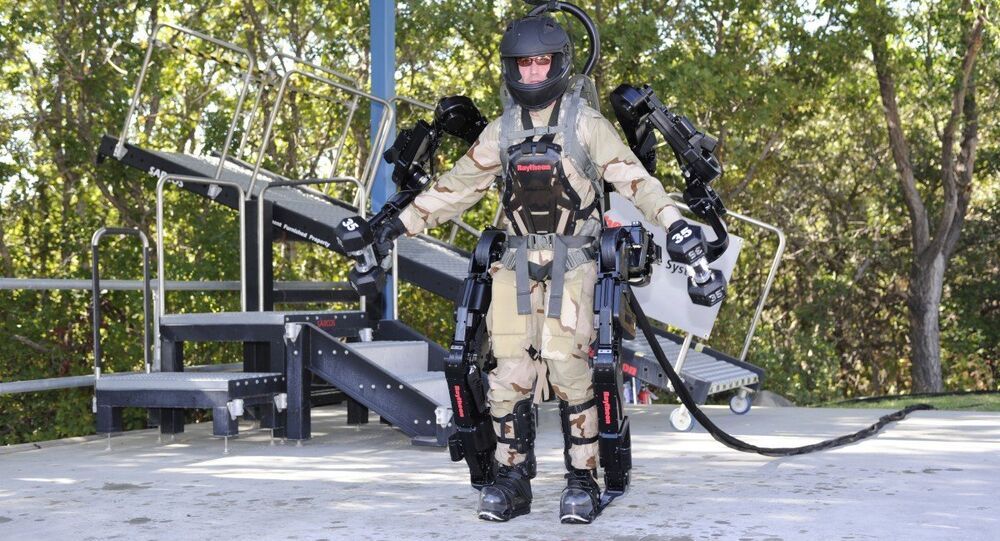 Russian scientists and engineers are working on a technology that is straight out of science fiction: bionic exoskeleton suits controlled by the human brain, Zvezda television channel wrote on Sunday.

“We are working on that… Right now our exoskeleton consists of a number of drives and a control mechanism, but it needs a power source, which means that we need a battery powerful enough to keep the robotic suit running for hours on end,” he said.

The existing prototypes are primarily used for cargo hauling purposes. They are too bulky and slow to be used in combat, Alexander Kulish added.

There are several means of operating robotic suits, including via a muscle interface. Teaching them to understand brain commands is a real challenge though.

“We believe that a neuro-interface connecting the human brain with an exo-suit is the most efficient means of controlling it. The problem is that we need to teach the computer to understand brain-transmitted commands and this is exactly what we are now working on,” Alexander Kulish said in conclusion.

The main function of a powered exoskeleton is to assist the wearer by boosting their strength and endurance. They are commonly designed for military use, to help soldiers carry heavy loads both in and out of combat.

In civilian areas, similar exoskeletons could be used to help firefighters and other rescue workers survive dangerous environments.

The medical field is another prime area for exoskeleton technology, where it can be used for enhanced precision during surgery, or as an assist to allow nurses to move heavy patients.