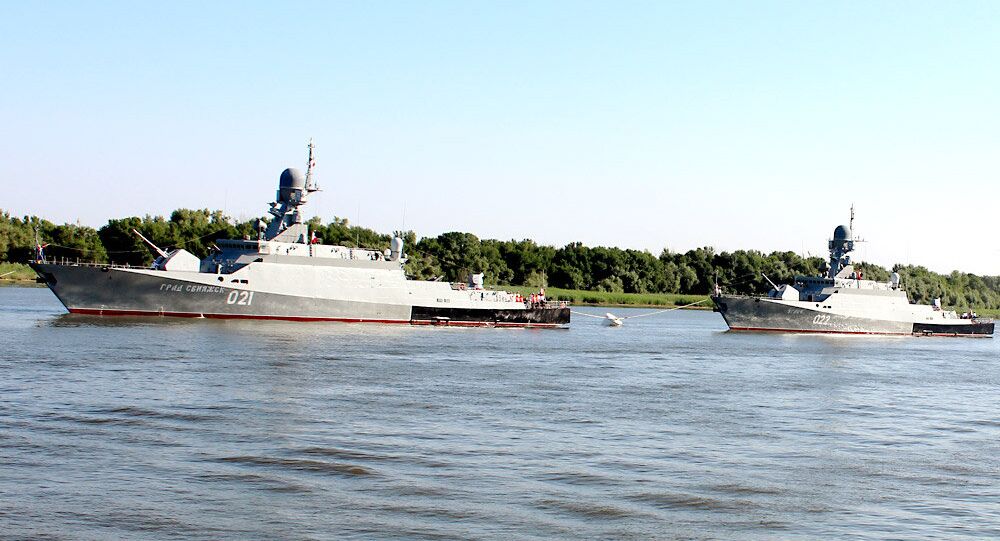 Russia’s all-new Buyan-M missile corvette may be small but the weapons it carries on board really boggle the mind, Zvezda TV channel wrote on its website Friday.

© Photo : courtesy of the Southern Military District press service
Russian Navy Expects 10 Buyan-M Warships by End of 2019
One of the newest corvettes of the Russian Navy, the Buyan-M is a multi-purpose river-sea type corvette designed for anti-surface warfare.

It has a displacement of 949 tons and maximum speed of 25 knots.

The Buyan-M, which is an upgraded version of the Project 21630 Buyan-class corvettes, also carries Igla 1M anti-aircraft missiles, a 100-mm main gun and two 30-mm air-defense guns and is equipped with electronic countermeasure equipment.

Most original in this modern ship is its architectural form, which was created in accordance with the requirements of low visibility.