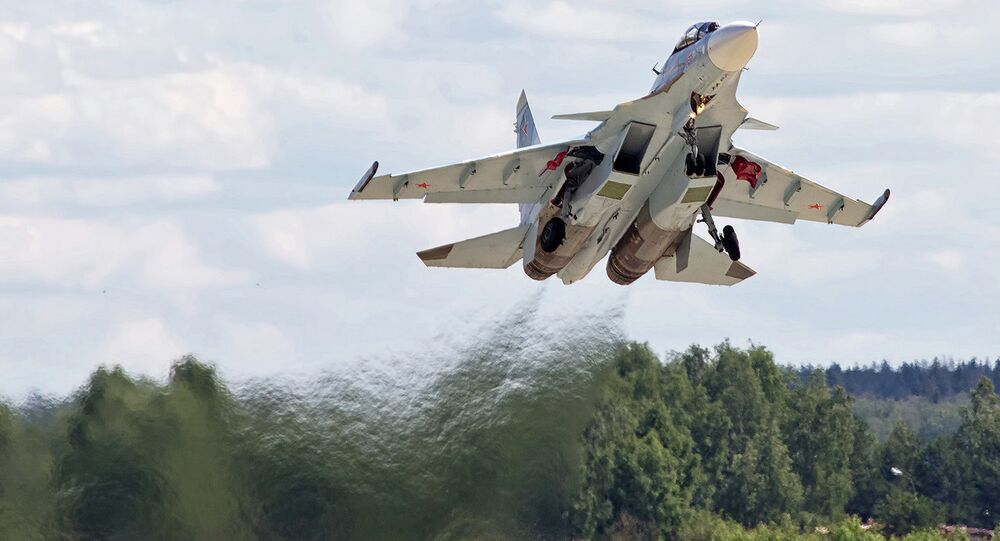 A number of new planes will be added to the squadron of Sukhoi Su-30SM multirole interceptors deployed in Crimea, the Black Sea Fleet Commander, Admiral Alexander Vitko, said on Friday.

© Sputnik / Taras Litvinenko
Securing Interests: Russia Could Deploy Ground Troops to Crimea 'if Needed'
Prior to Crimea’s 2014 reunification with Russia the Ukrainian authorities opposed all attempts to upgrade the Russian Black Sea Fleet based on the peninsula.

“The Su-30SM fighter jets are doing more than just adding luster to our military parades in Sevastopol, they are actively being used during exercises,” Admiral Vitko told RIA Novosti news agency.

He added that this year more planes would be added to the squadron of Su-30s currently deployed on the peninsula.

Admiral Vitko said that in the past year the Fleet’s pilots had flown hundreds of sorties clocking 5,000 hours in the air which he described as the best such performance in a decade.

“Our pilots have flown over 200 antisubmarine missions, launched hundreds of unguided missiles and performed numerous bombing missions. Our helicopters have flown over a hundred sorties taking off from and landing on ships,” he added.

The Su-30SM is a multirole fighter for all-weather, air-to-air and air-to-surface deep interdiction missions.

The Su-30SM can conduct electronic counter-countermeasures and early warning tasks. The aircraft also acts as a command-and-control platform within a fleet of combat aircraft performing joint missions.