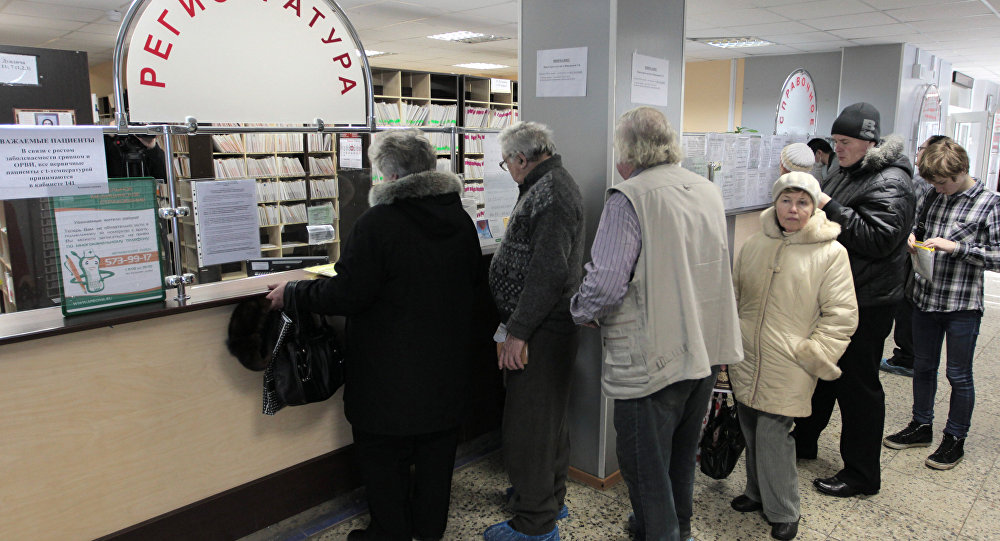 Another five people died from the flu in St. Petersburg this weekend with the deathtoll reaching 20 people due to the virus in the city, according to the deputy head of the local health committee.

© Sputnik / Sergey Venyavsky
Swine Flu Sweeps Over Half of Russia, Spreads to Neighboring Countries
ST. PETERSBURG (Sputnik) —  At least another five deaths from complications related to the flu in St. Petersburg, the second largest city in Russia, were registered over the weekend, reaching a total of 20, the deputy head of the local health committee said Monday.

"With regard to deaths, unfortunately, they do occur. As of Friday, we had data on 15 fatalities. Over the weekend at least five other people died [from the flu],"  Tatiana Zasukhina said.

© Sputnik / Andrey Stenin
Russia's Westernmost Region Records Four Cases of Swine Flu
Up to 12,000 people per day are seeking treatment amid a flu and acute respiratory diseases' outbreak. In 60-80 percent of the cases, swine flu is diagnosed.

Swine flu is common among pigs. Transmission of the virus from animals to humans is not common and does not always lead to human flu, often resulting instead in the production of antibodies only. However, when it does develop in humans, it carries a higher risk of fatality than the common flu.