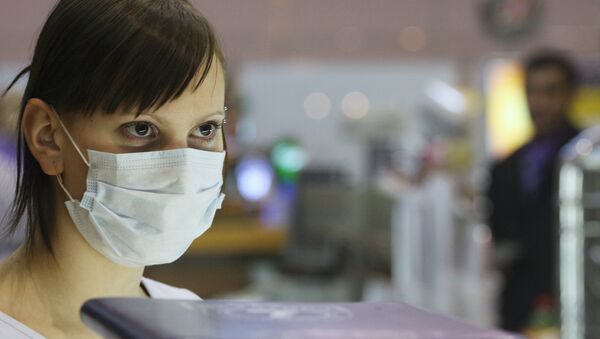 Four people were diagnosed with swine flu in the westernmost Russian region of Kaliningrad, regional authorities announced in a statement Thursday.

KALININGRAD (Sputnik) — The overall level of upper respiratory tract infection and flu morbidity in the region remains 27.9 percent, which is below the epidemic threshold, according to the authorities.

"As of January 17, seven people out of all those affected by viral infections, have been diagnosed with flu… Including four cases of influenza A (H1N1)," the statement reads.

Over 20% of Influenza Cases in Moscow Caused by Swine Flu Virus
Kaliningrad Health Minister Lyudmila Siglaeva said the regional ministry had commenced systematic work aimed at reducing flu morbidity long before the start of the high season for such illnesses.

On Wednesday, Russia’s health watchdog Rospotrebnadzor said that swine flu cases constituted 21-percent of all incidents of influenza registered in Moscow since June 2015.