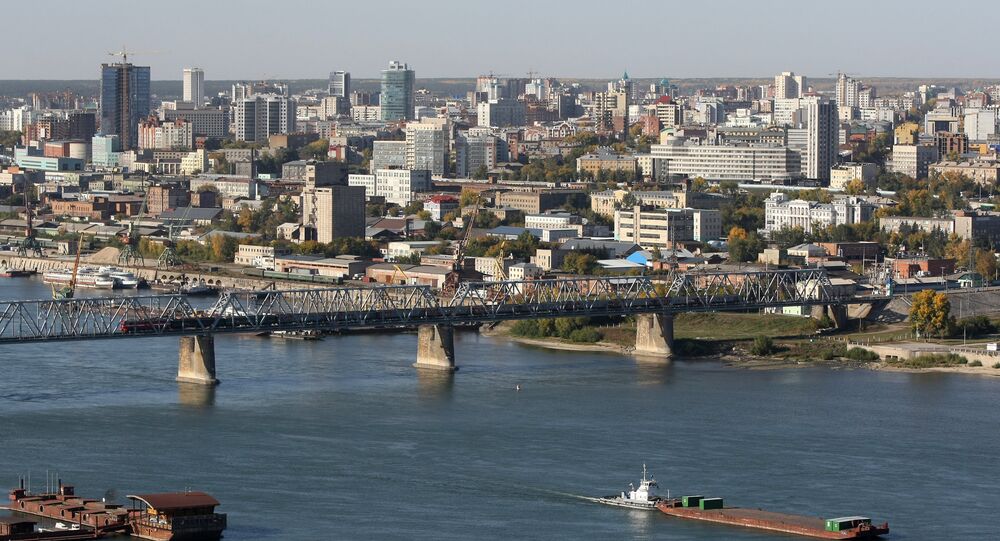 Ernesto Preatoni, an Italian real estate developer and investment guru with projects stretching from the Middle East to Eastern Europe, says that there's no time like the present to invest in Russia.

Interviewed by Italy's Il Giornale newspaper, Preatoni, who is building a chain of hotels and objects of commercial realty in seven Russian regions, explained why investing in Russia is currently an "ideal option."

Australian Company Accused of 'Selling Out' for Launching Tours of Crimea
Furthermore, the investor noted, "foreigners have many incentives, including an efficient bureaucracy, light taxation and the overall [positive] disposition of local authorities."

An investor in projects spanning from the country's western-most regions of Kaliningrad and St. Petersburg to Siberia's Ekaterinburg, Tomsk, and Novosibirsk in the east, Preatoni has already built 4 star hotels, luxury apartment complexes, and shopping centers, with eight projects totaling 250 million euros in investments in the works.

Commenting on one of his latest projects, a 218-room hotel in the 'Siberian capital' of Novosibirsk, strategically located just twenty minutes from the airport, the investor contrasted his experience in the Russian city with building conditions in his home country.

"From the design stage to the start of construction took six months. In the same time period in Italy it would be impossible even to get a building permit. In four years, with an investment of 45 million euros, we built a hotel for business clients. Construction was done by a Russian company, and the project was designed by Italian architects."

Preatoni is also building a 19,000 square meter office tower in Yekaterinburg, planned for completion in 2019. In Tyumen, the headquarters of many Russian energy companies, he's working on a building with 160 hotel rooms and 80 apartment suites. In Tomsk, he's building a 110 room, 60 apartment suite hotel.

© Fotolia / sergey_p
Russia 'Has Not Taken Full Advantage' of Ruble’s Collapse
Meanwhile, in Russia's Lipetsk, to the west, he's planning the construction of a 200 room hotel, while the western Russian exclave of Kaliningrad, he plans to complete a 168-room hotel by 2017. Preatoni plans to complete all his current projects by 2020.

Italy's architectural and design firm R+S Workshop is involved in five of the projects, and company co-owners Giuseppe Rustignoli and Emiliano Sciacca told the Italian newspaper that they were pleasantly surprised by the environment for building in Russia.

"From time to time we come to Siberia to check the progress of the work entrusted to a Siberian construction company, which we must say is being conducted very efficiently. We were also surprised by the speed of the bureaucracy. We were struck by the fact that more often than not, at the highest level, where a high level of professionalism is required, we dealt with women."

© REUTERS / POOL
China-Led AIIB to Begin Looking Into Project Loans in Mid-2016
"What is lacking here," the designers noted, "are the elements of interior design and lighting; therefore, we are importing these elements (floor covering, wallpaper, mosaics for bathrooms, furniture and lighting) from Italy."

In their interior design planning for the hotel in Novosibirsk, Rustignoli and Sciacca noted that in an effort to contrast the grey hue which hangs over the Siberian city during the winter, they decided to present the seasons as they are seen in Italy, splashing the lobby, the spa, conference halls and the rooms with hues of red and orange.

"And so," Il Giornale concludes, "Italy, with the help of color, is breaking the Siberian ice."

Australian Company Accused of 'Selling Out' for Launching Tours of Crimea