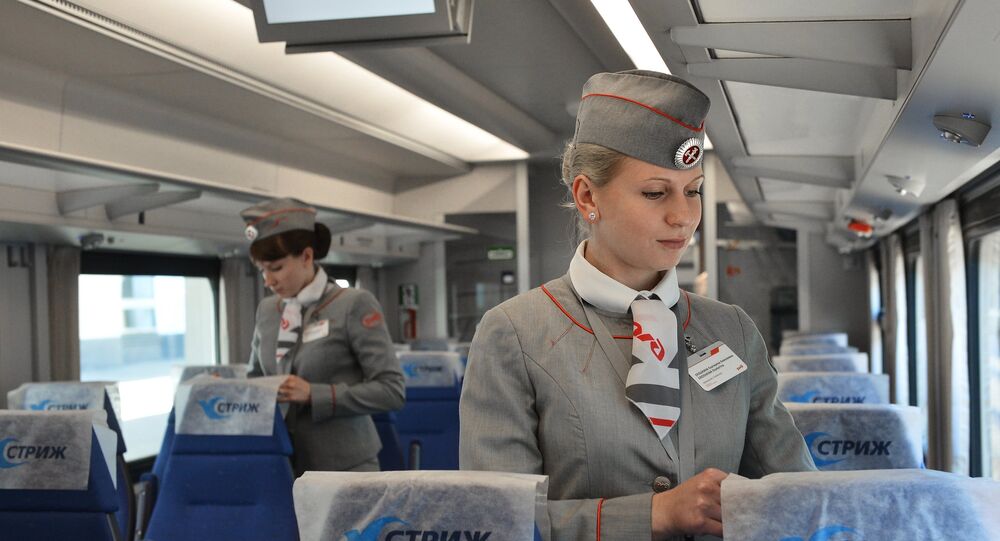 Russian Railways and VR Group discussed the issues of direct railway communication between Russia and Finland.

The Russian delegation was headed by the first Vice-President of Russian Railways Anatoly Krasnoshchek, while the Finnish side was represented by the President of VR Group (Finnish Railways) Mikael Aro.

Summing up the meeting, Anatoly Krasnoshchek emphasized that constructive dialogue between railroad workers of the two countries became possible thanks to the atmosphere of mutual trust and careful attention to the arguments of partners. The interaction of Russian Railways and VR

Group based on strategic approach will contribute to the dynamic development of Russian-Finnish cooperation in the sphere of railway transport, noted the first Vice-President.

During the meeting the participants discussed the results of passenger and freight transportation in the current year and forecasts for the following.

In January-October 2015 in the Finnish-Russian railway traffic were transported 366 thousand passengers.

© Sputnik / Vyacheslav Reutov
Construction of Russian Section of Railway Bridge to China to Start in 2015
To maintain the level of passenger traffic Russian Railways and VR Group have agreed about preservation of the cost of travel on the train "Lev Tolstoy" at the current level until December 10, 2016. The parties also discussed the issues of optimization of the train schedule.

To increase the attractiveness of rail travel between Russia and Finland a number of additional measures are intended: system of flexible tariffs for individual and group passengers, additional services, including the appointment of special trains for New Year's and Christmas holidays, transportation of passengers' cars traveling in the train Moscow — Helsinki, as well as a number of marketing initiatives in the trains "Allegro".

© Sputnik / Mihail Mokrushin
Russian Railways to Pursue Plan on Greek Assets Privatization
The parties noted the impact of the global economic crisis on the freight transportation: in January-October 2015 the volume of transportations through the border railway crossings between Russia and Finland decreased by 12% compared to the same period in 2014.

Just in 10 months 10, 3 mln tons of freights were transported. The parties expect that the tendency to stabilization and insignificant growth of freight transportation volumes which was outlined by the end of the year will allow terminating 2015 year with decrease of not more than 10%.

Thus, the parties noted, that the transit transportation of freights in containers in Russian-Finnish communication in January-February 2015 increased for 41%.

Besides, Russian Railways and VR Group discussed the continuation of the current experiment on the transportation of a number of freights via electronic consignment notes: outlined its further expansion in 2016 due to the new nomenclature of freights and stations of departure-destination.