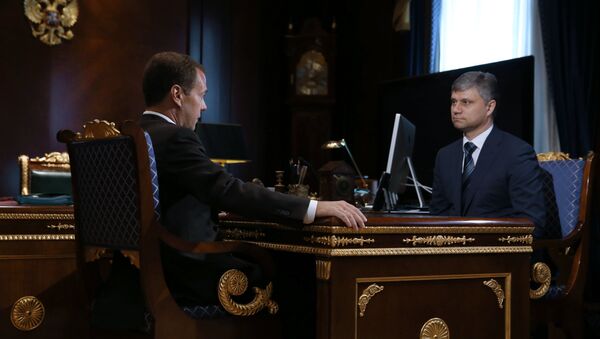 “Together with the Russian Railways team, we must focus on continuing to improve the efficiency of the company, including its socially-oriented activity, the transport of goods and increasing the speed of movement,” Belozerov stressed at a meeting with Prime Minister Dmitry Medvedev.

Medvedev appointed Belozerov, first deputy transportation minister, to replace Vladimir Yakunin, who announced his resignation earlier this week to pursue a seat in the upper house of parliament.

When announcing his decision, Medvedev urged Belozerov to pay particular attention to the company budget, investments and passenger transportation.

Russian Railways is the second-largest rail network in the world with 85,200 kilometers (52,941 miles) of track, over half of it electrified. The company carries over 0.95 billion passengers and 1.2 billion tons of freight annually across 11 time zones. The state-owned joint-stock company is one of Russia’s most profitable companies.